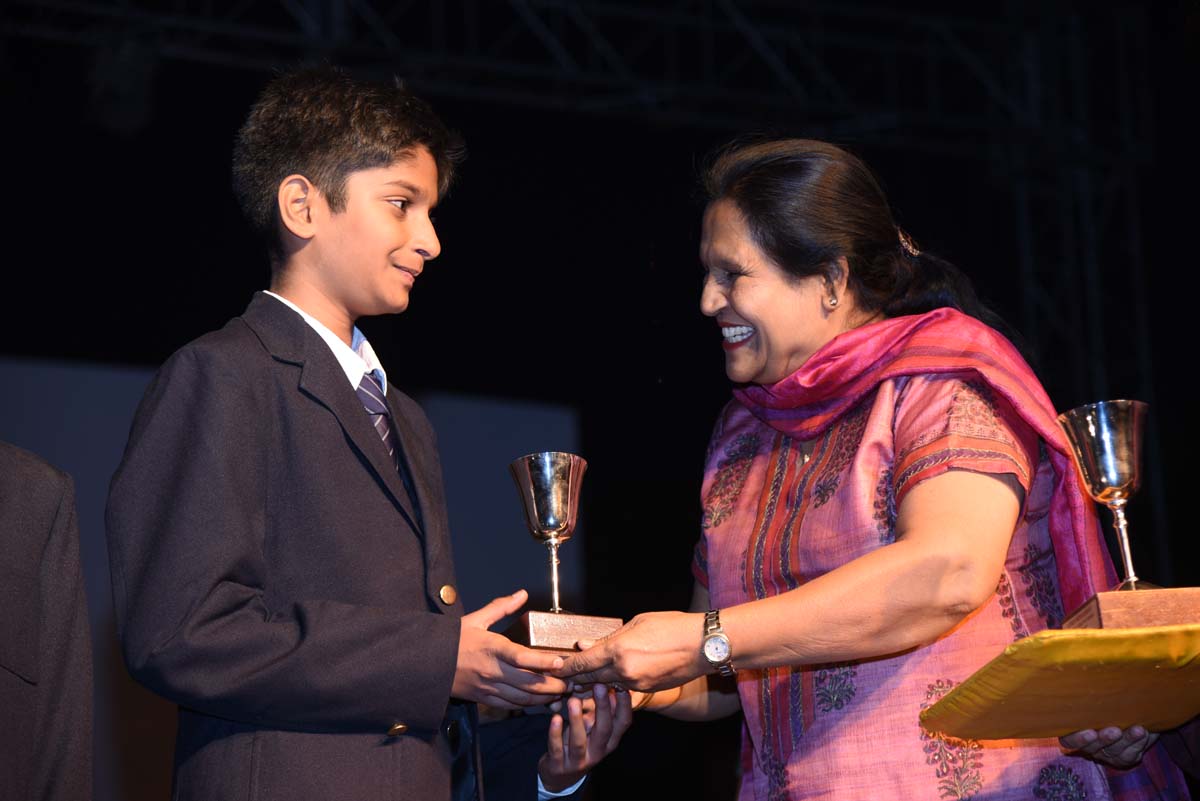 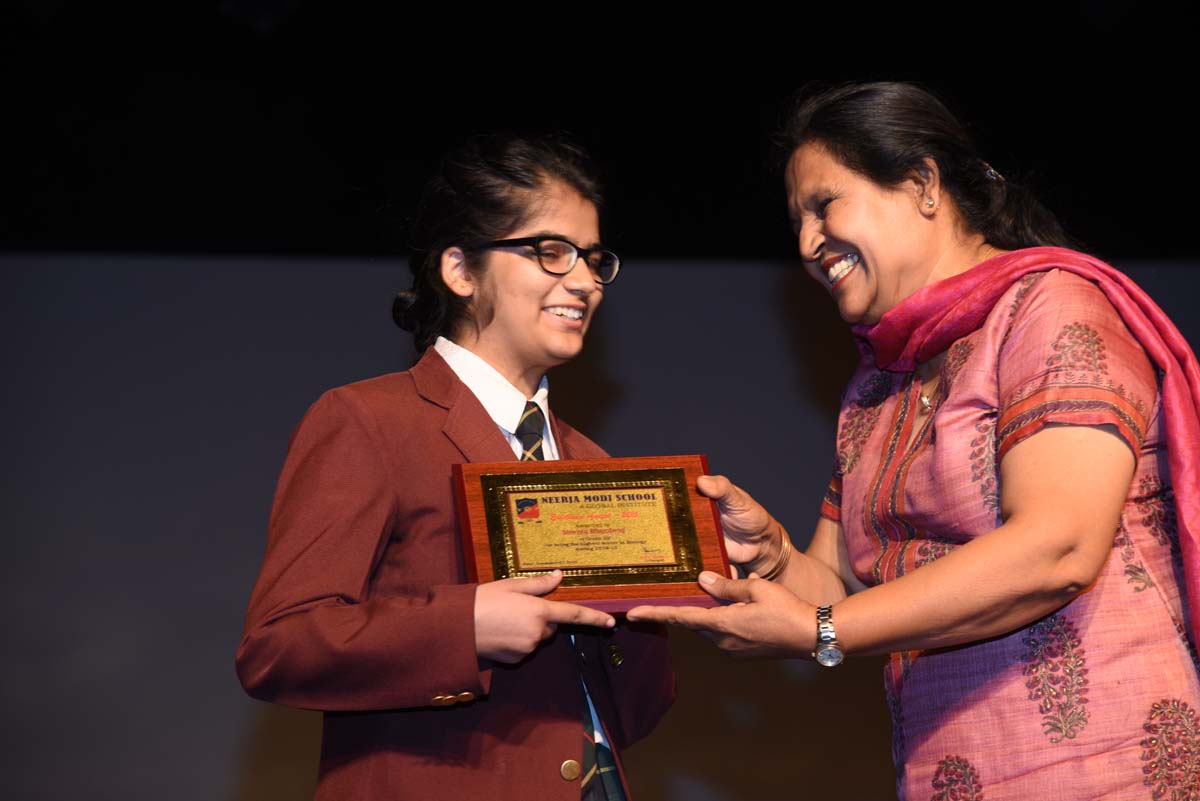 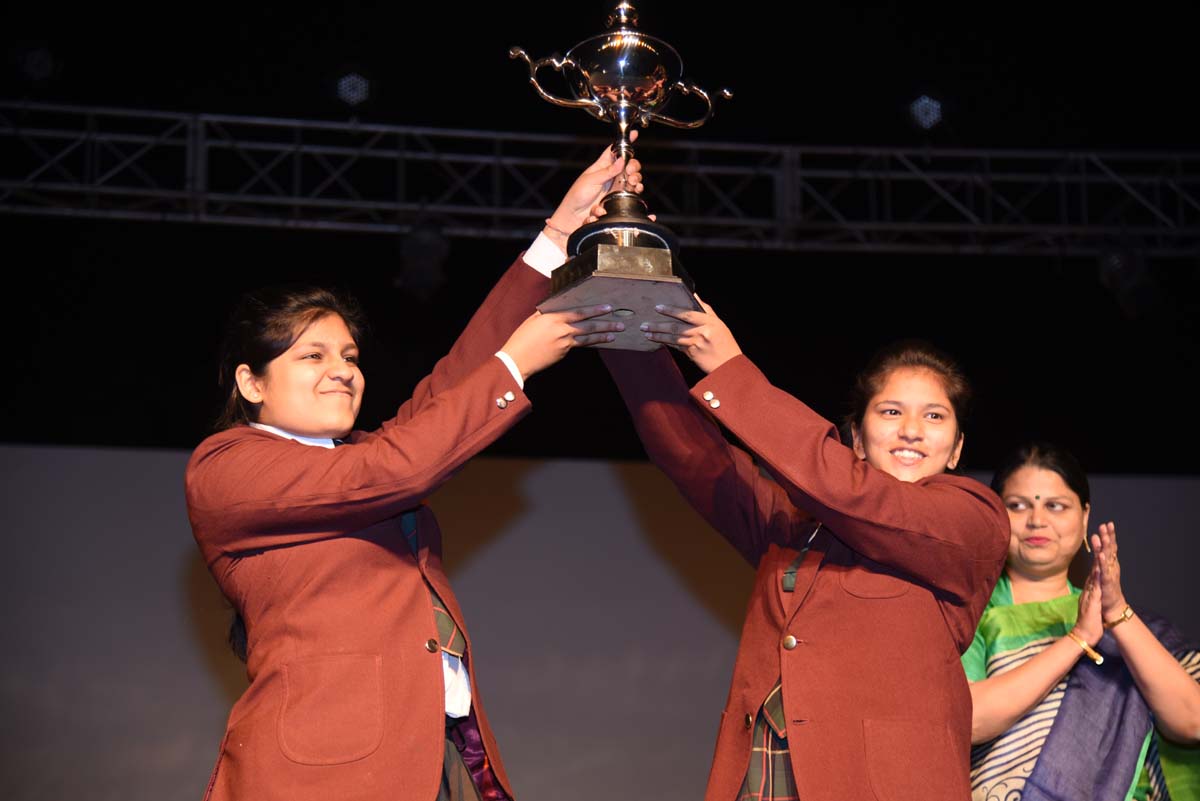 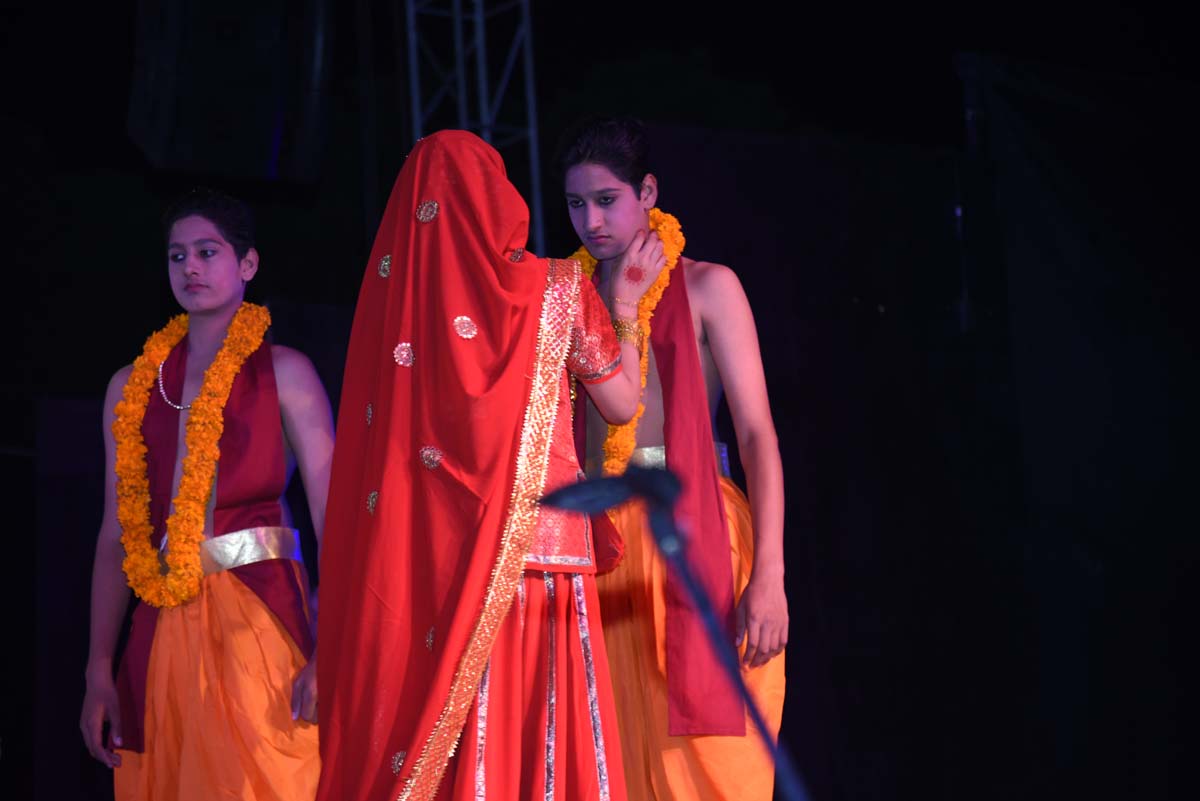 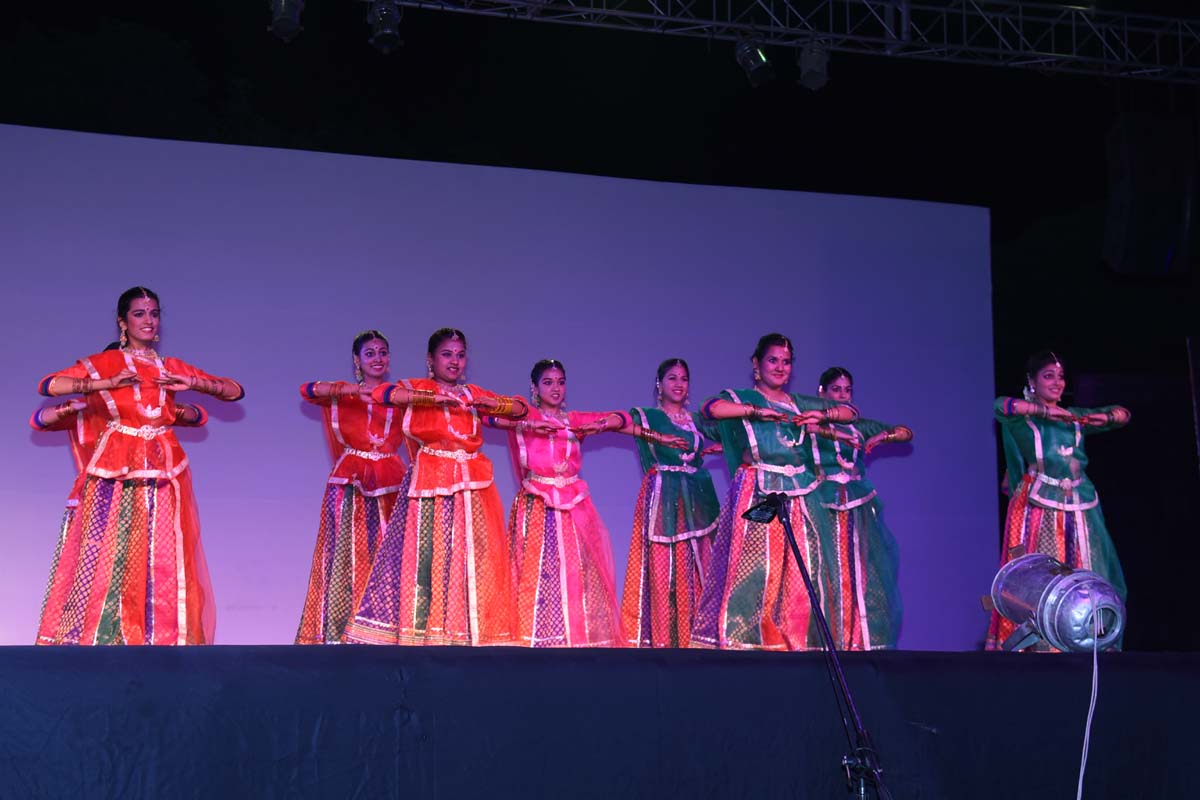 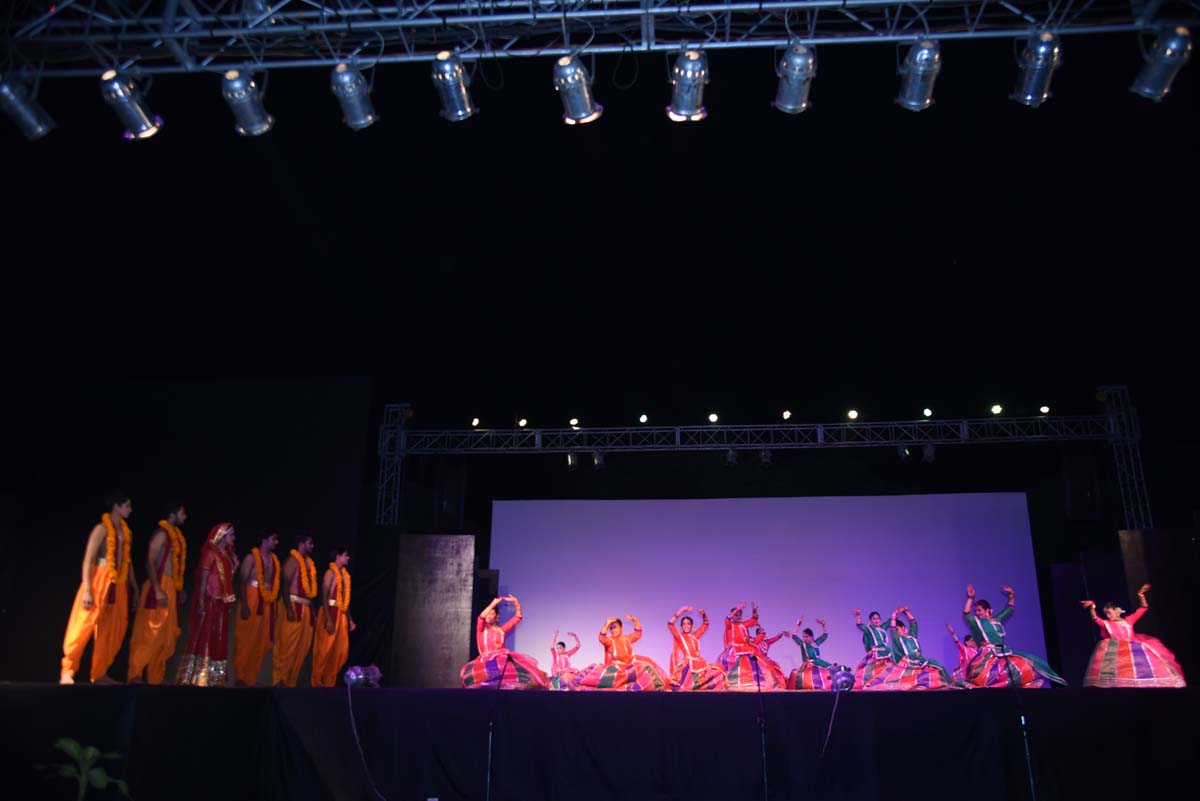 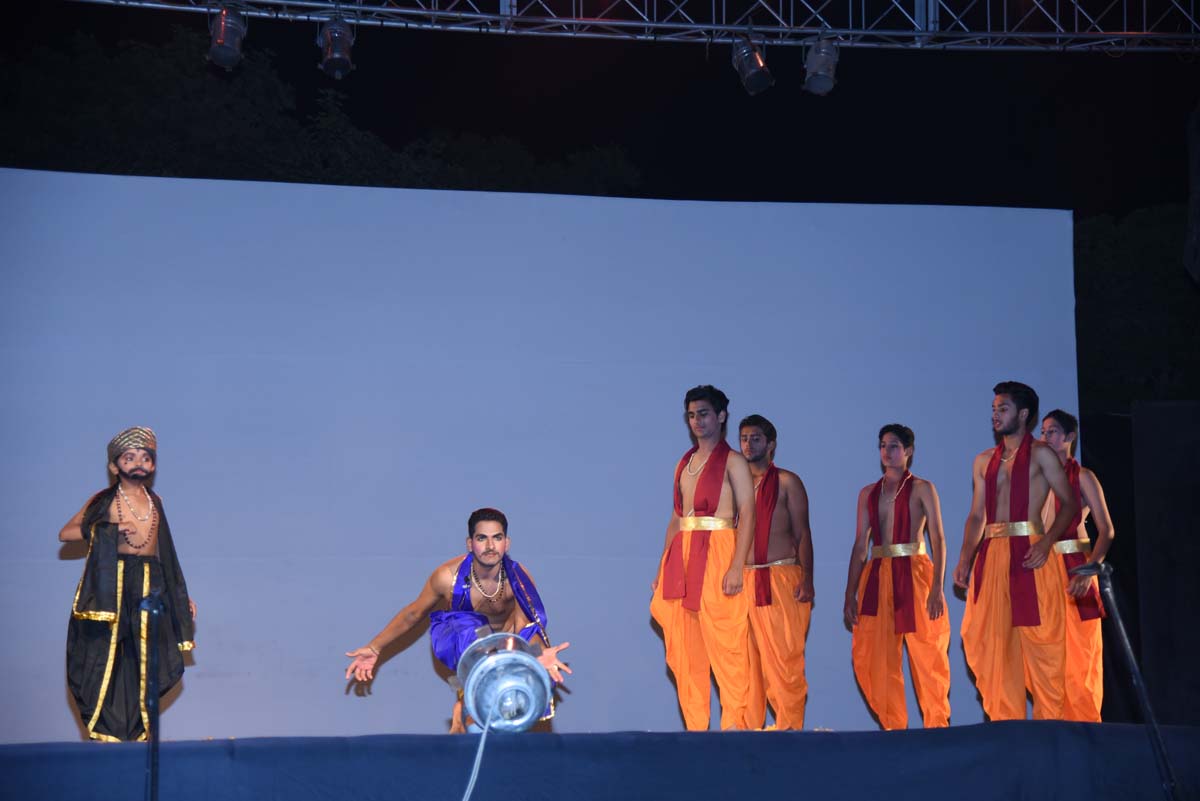 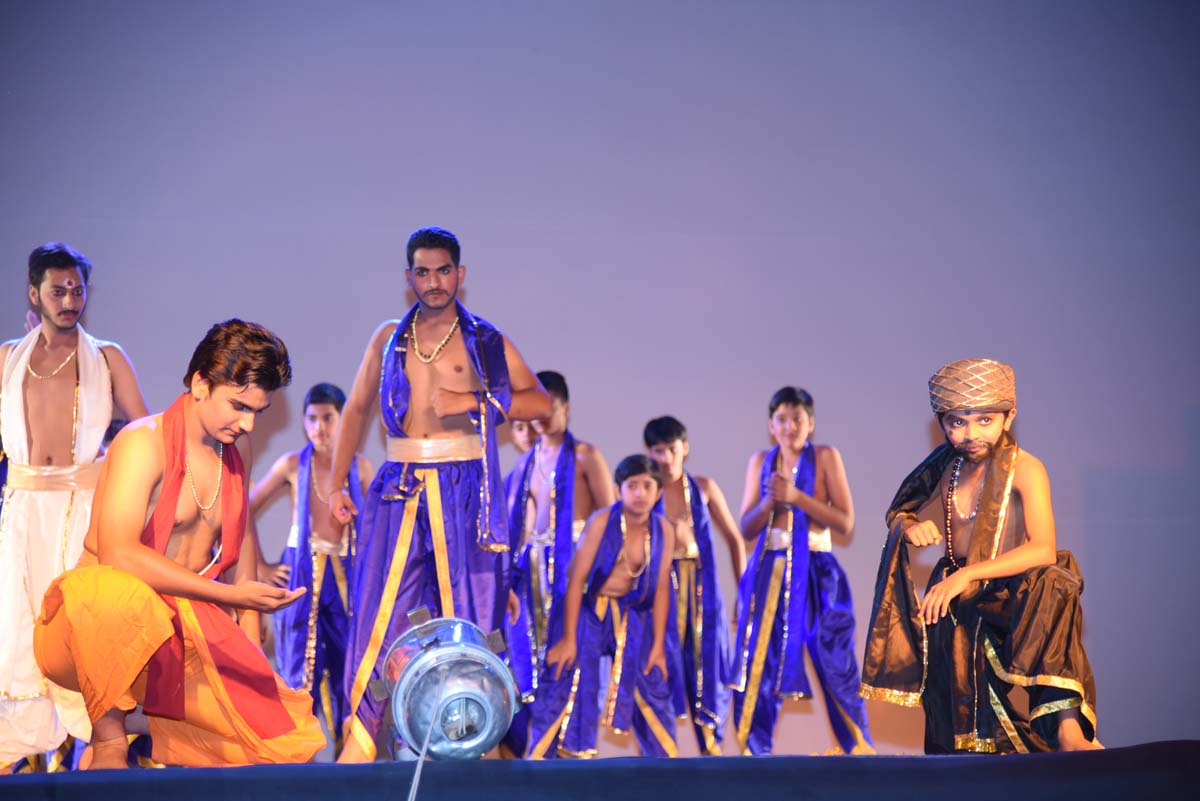 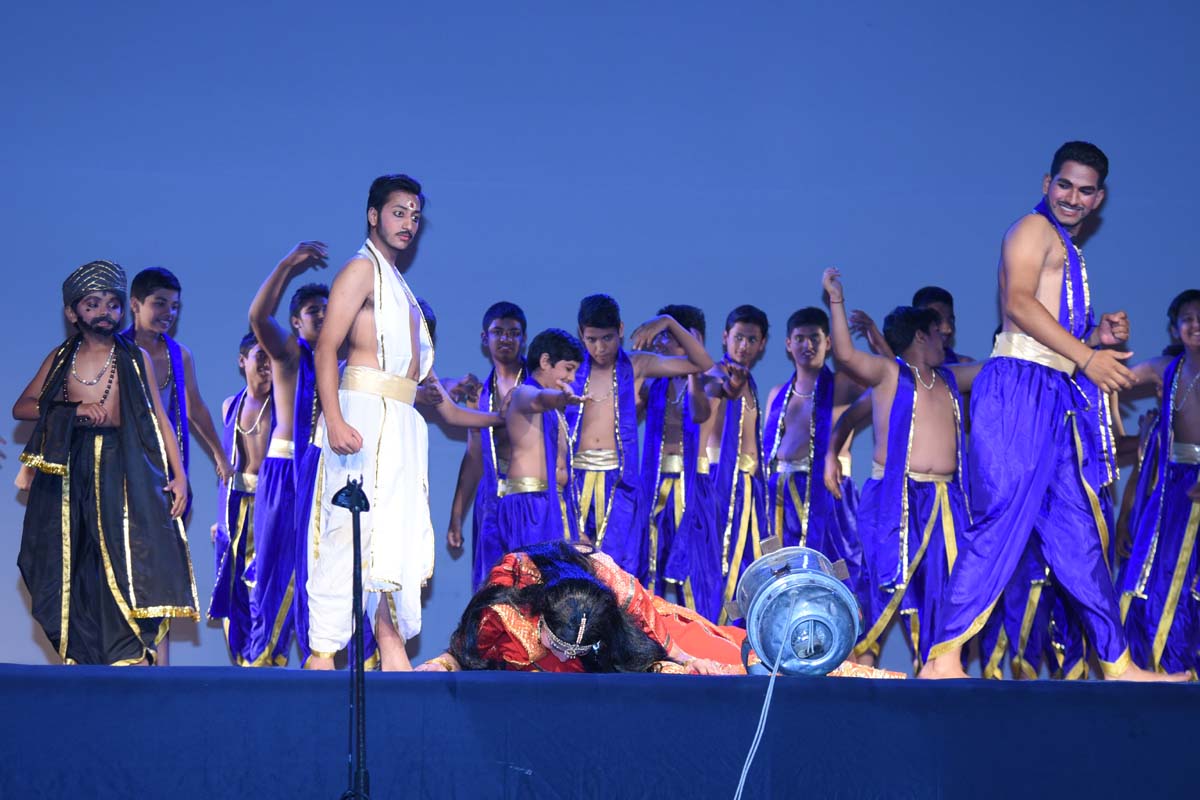 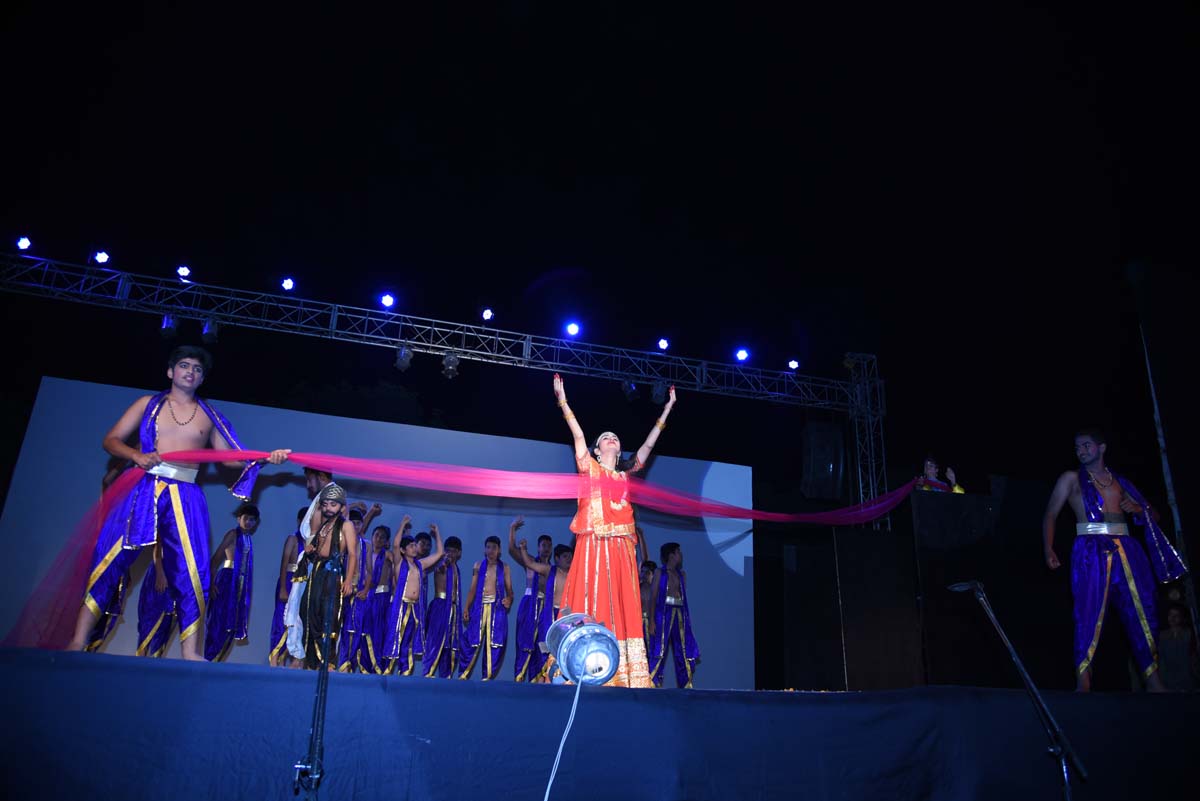 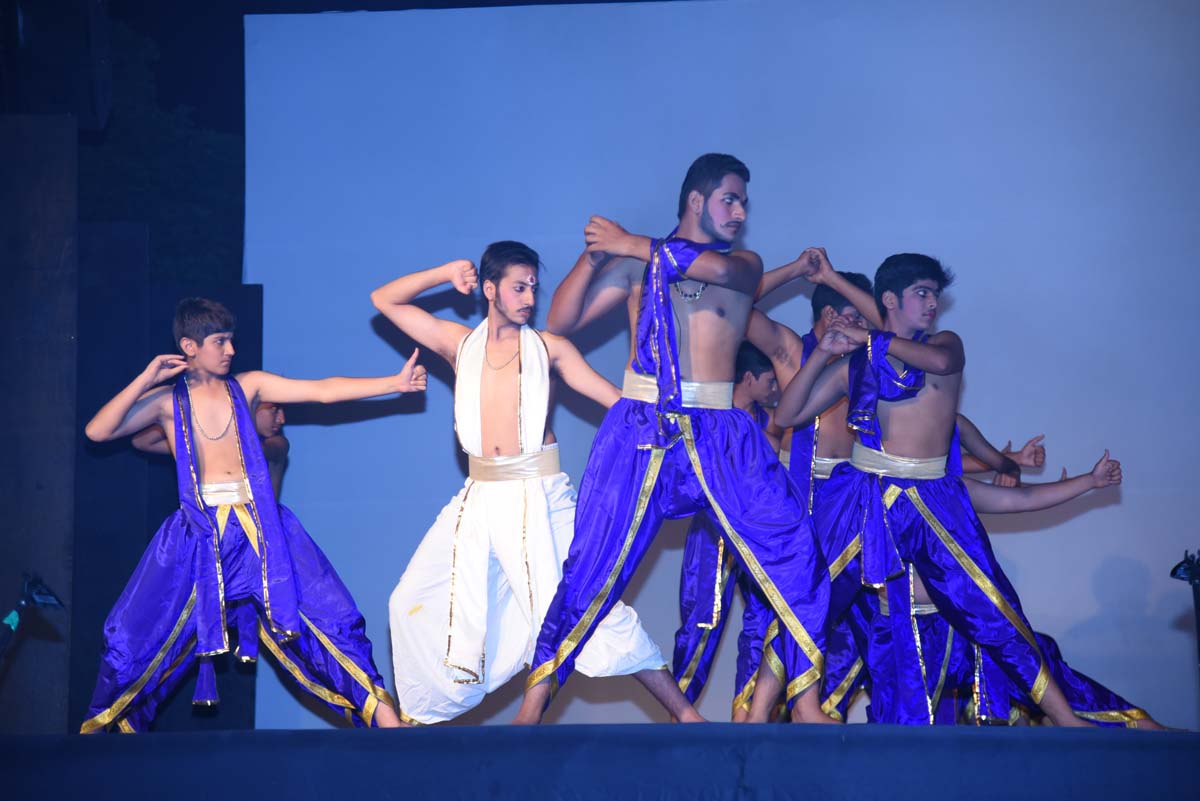 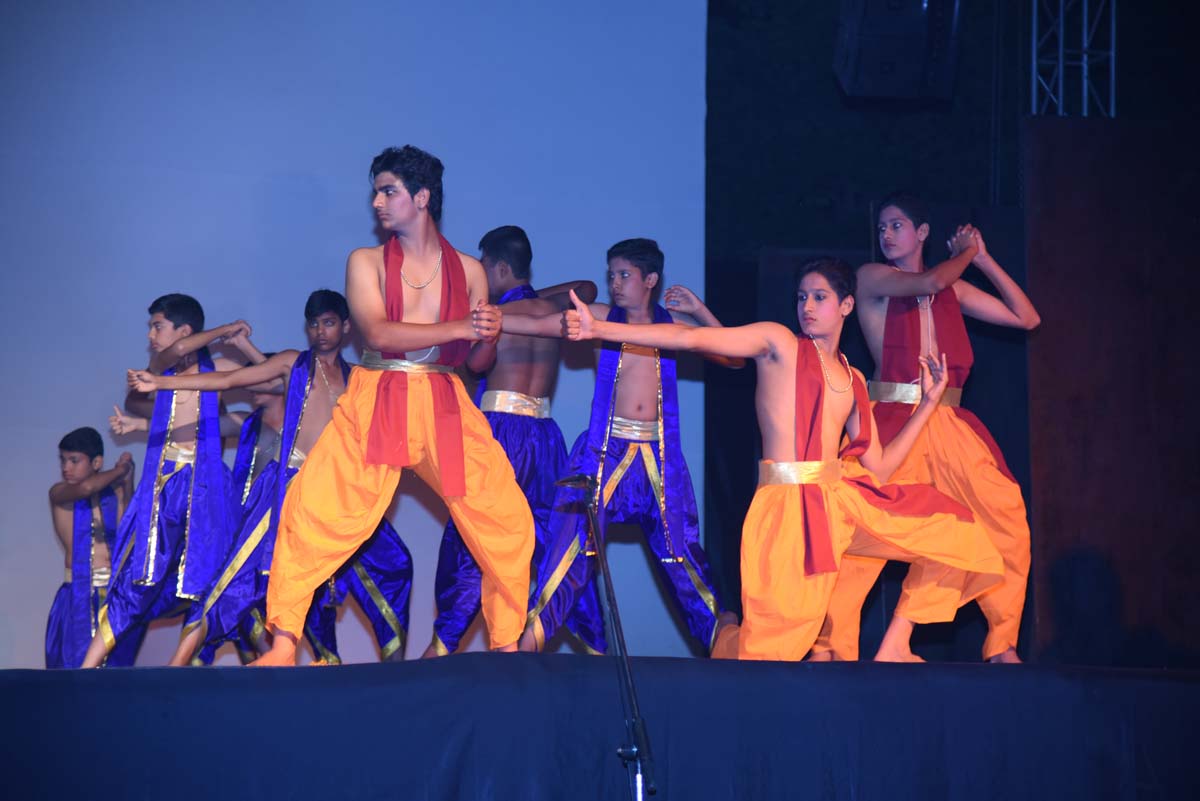 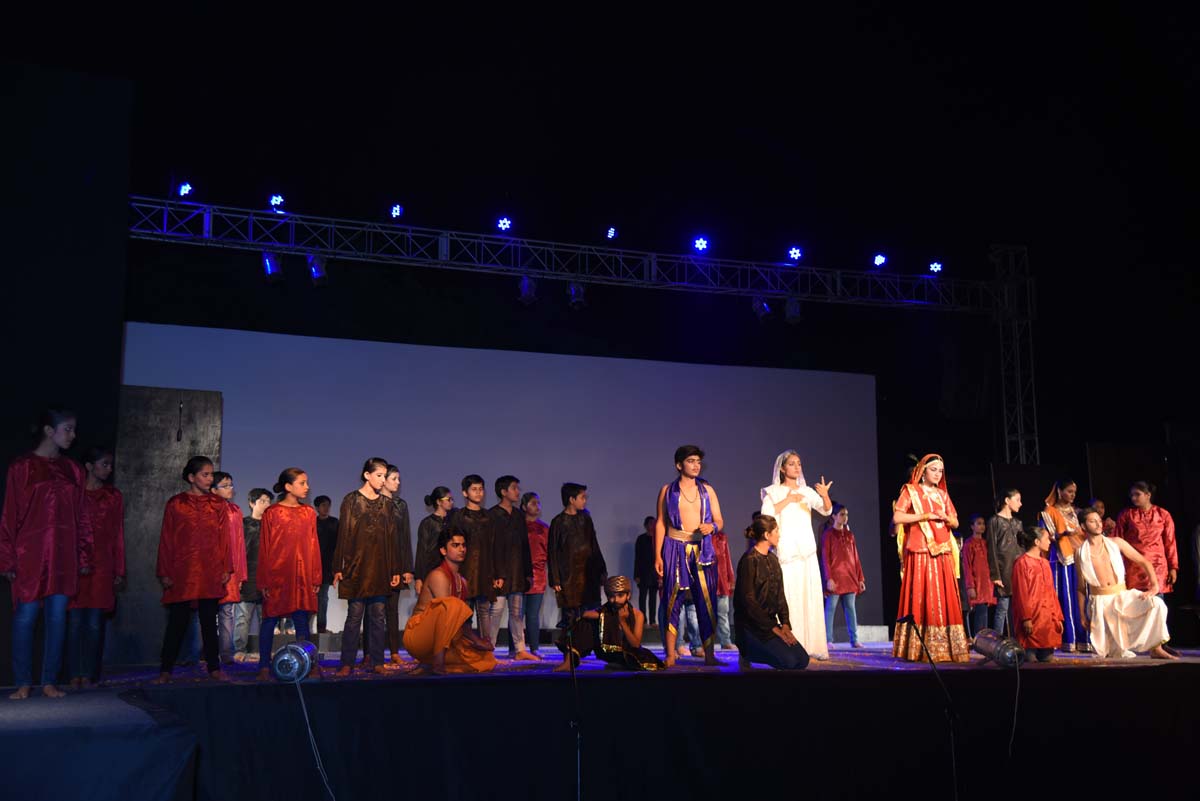 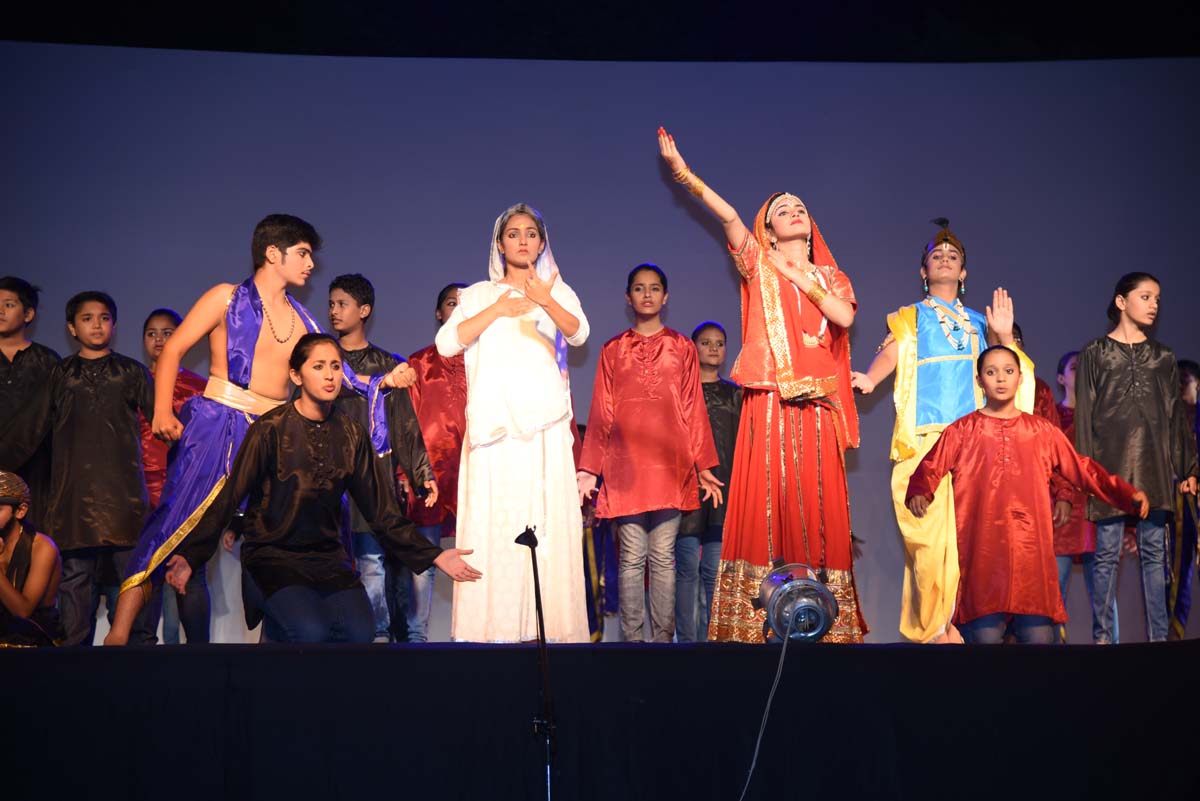 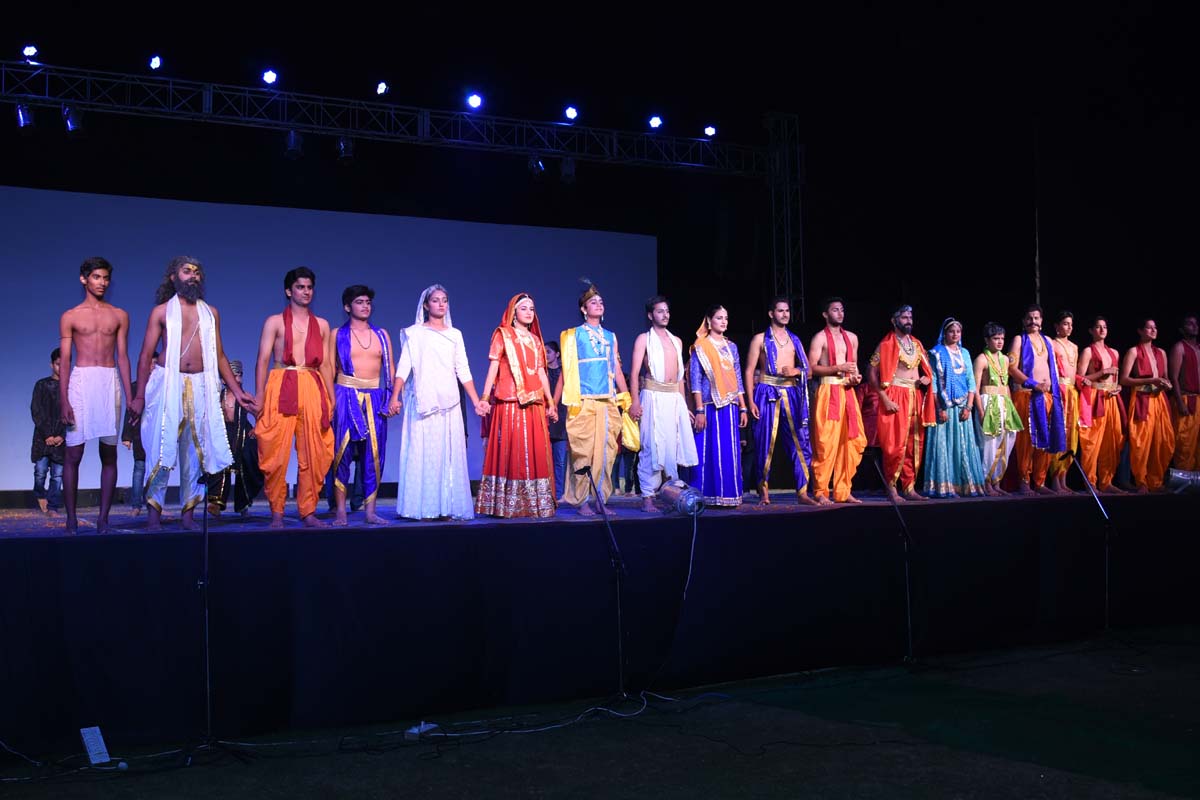 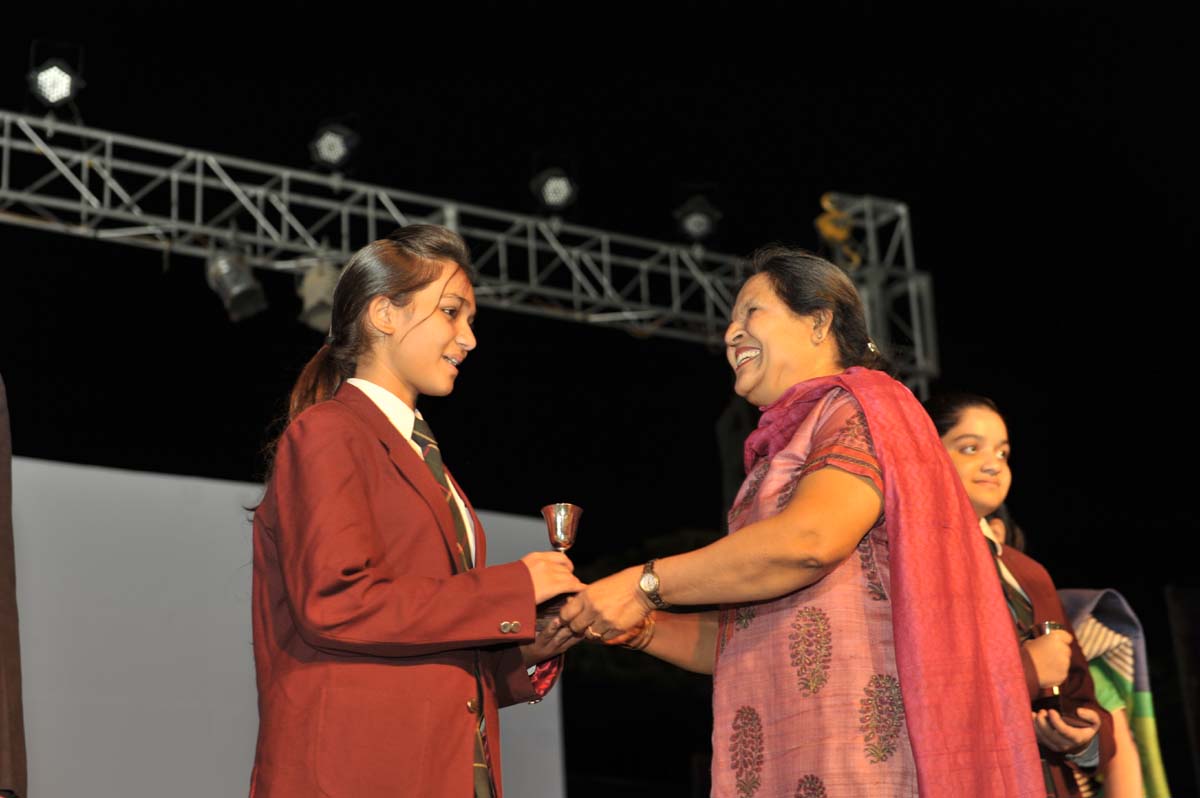 The Senior School Annual Function of Neerja Modi School was organised on November 7, 2015 in the school premises. The honourable guests were welcomed as the programme started.Â
The Annual Prize giving ceremony took place thereafter. Vimla Devi Memorial Award was bagged by Sudhi Mathur. Shivam Gadia was honoured with Silver Medal for excellence in Science. There were numerous awards for Academic Excellence, All Round Excellence, Yoga, Sitar, Violin, Computer, Games like Basketball, Football etc. These awards proved that Neerja Modi School acknowledges and motivates students in various fields.Â
After the prize giving ceremony the cultural evening began with an orchestra playing the Mahabharata tune.
The school is known for presenting classical and religious plays and dance dramas. In keeping with the tradition a dance drama on the great epic Mahabharata was enacted by the students. The play â€˜This Mahabharata was written and directed by Mrianalini Sarabhai. Darapan Academy trained the students, music was provided by Jaya Nayyar. The scenes related to the training of the five Pandavas, Drona, Eklavya, Pandavas in exile, the dice game and the Bhagwat Geeta scene. The uniqueness of the dance drama was the Modern Mahabharata which was incorporated keeping in mind the present situation prevailing in the country. The contemporary theme was alluring and captivated the imagination of the audience. Such themes compel the intellect to ruminate, reflect and ponder. Such an exercise is the need of the hour. It is hoped many people from the audience will contribute in bringing about a change in the mind set of the citizens and revolutionise the thinking of the people at large.