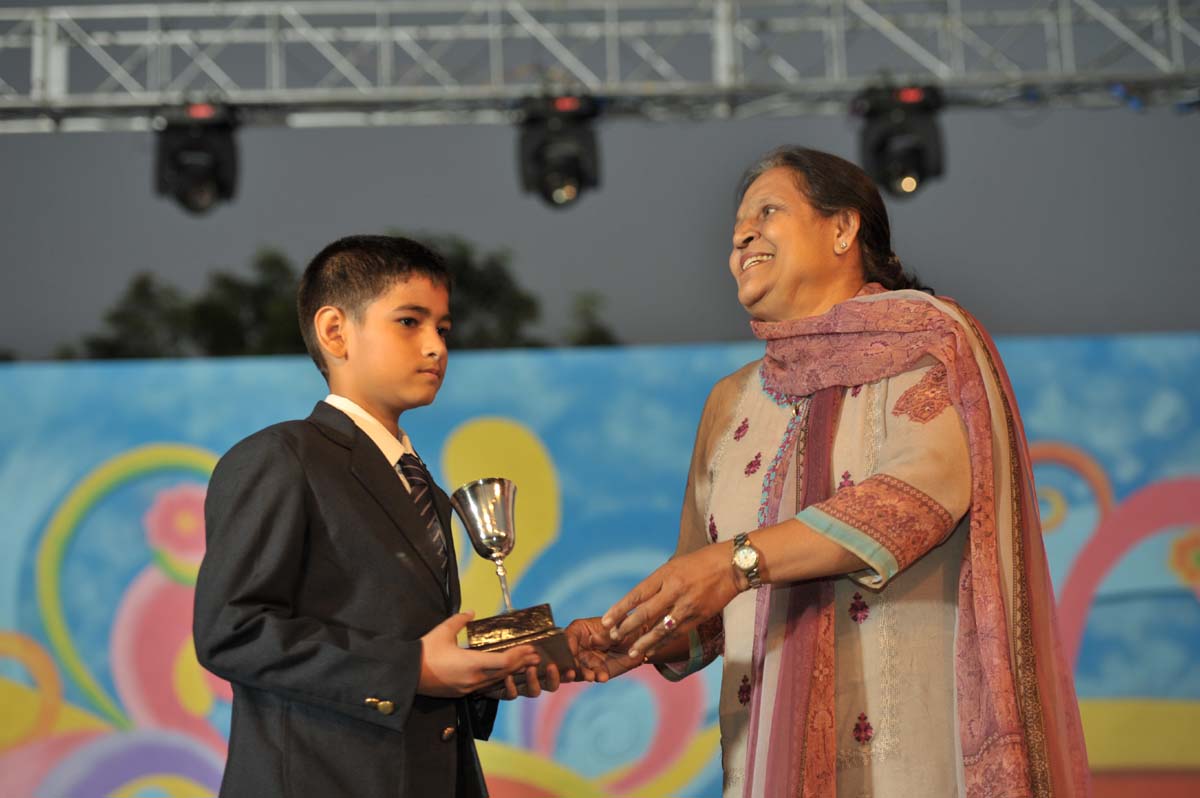 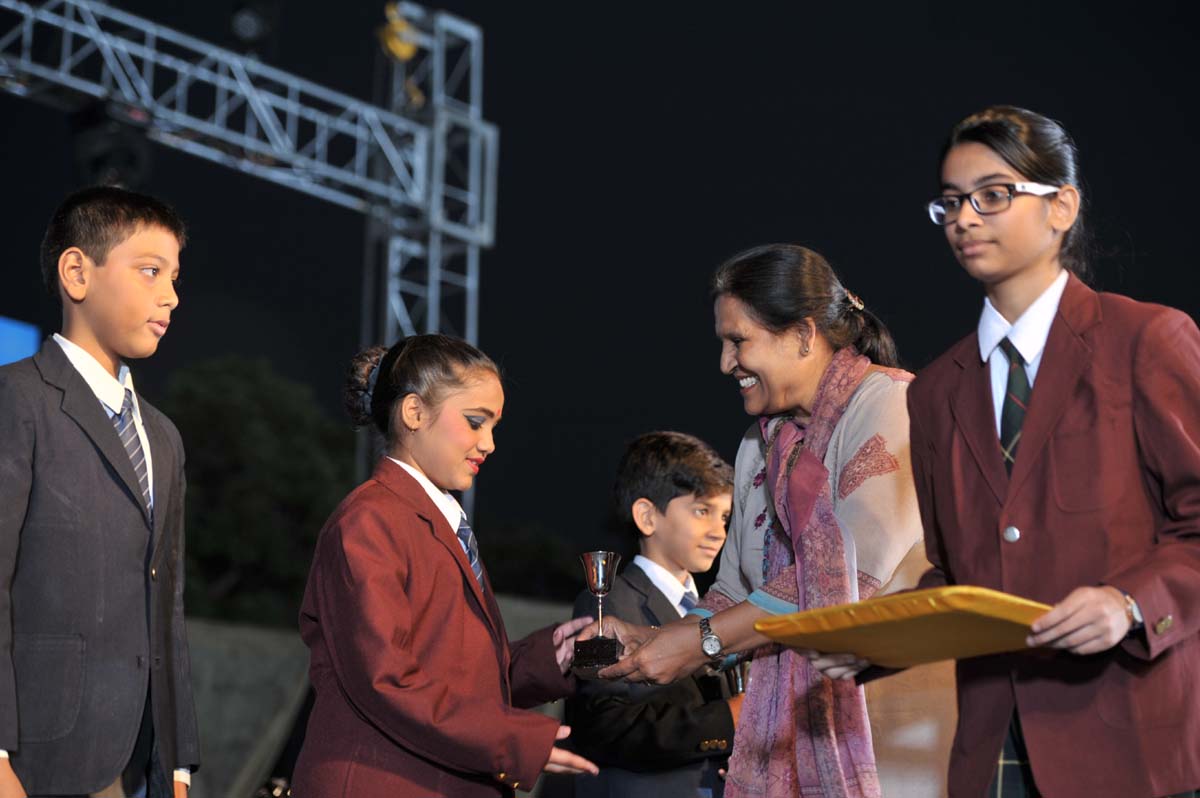 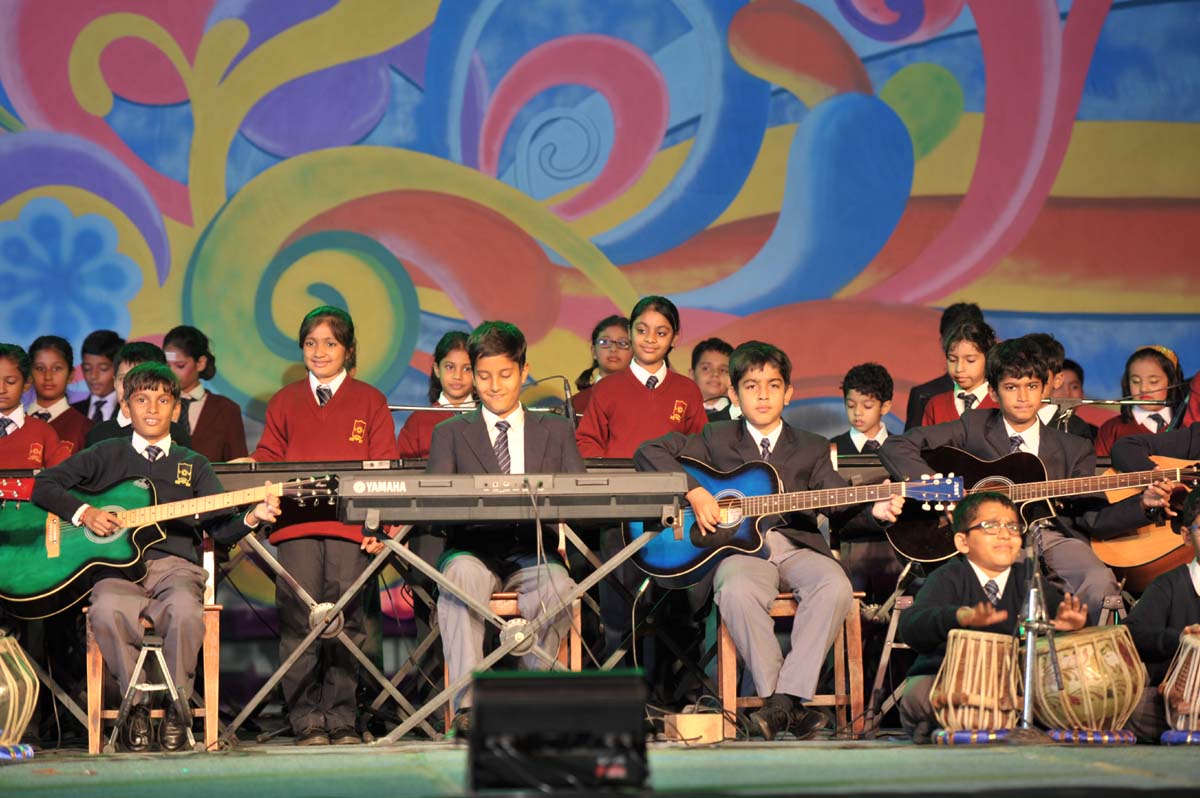 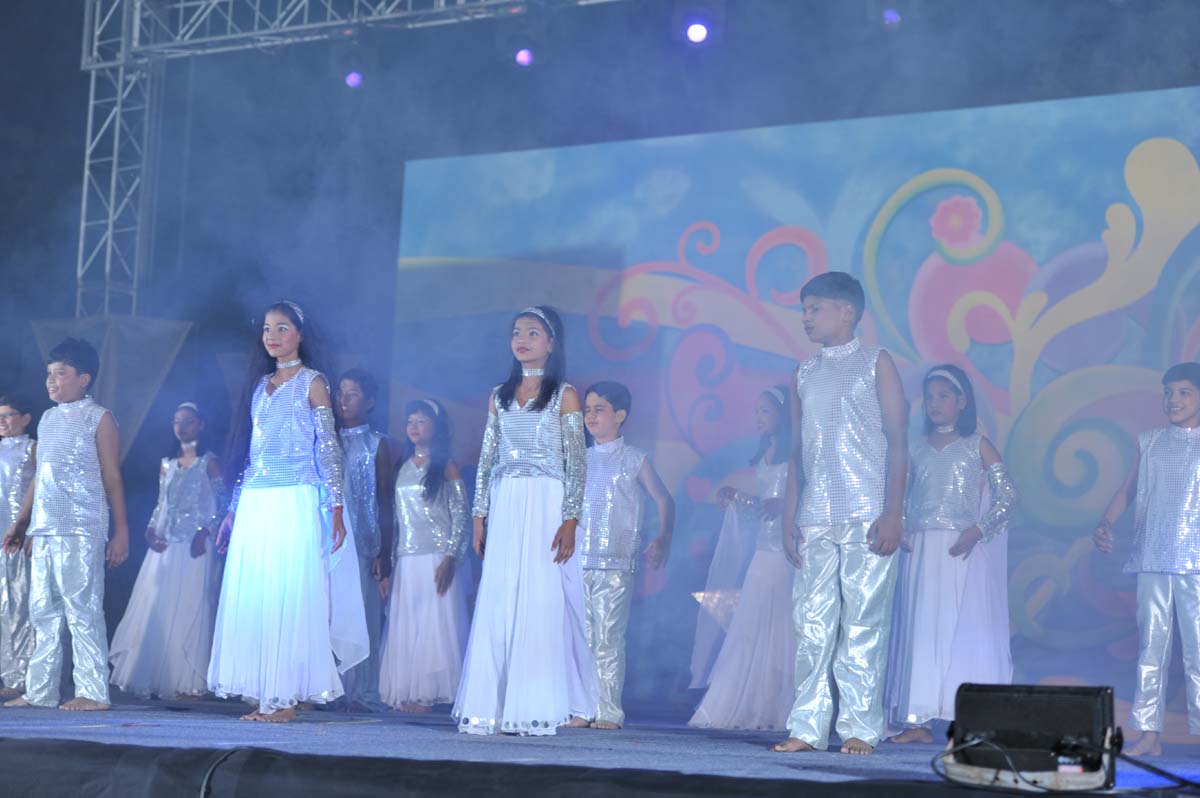 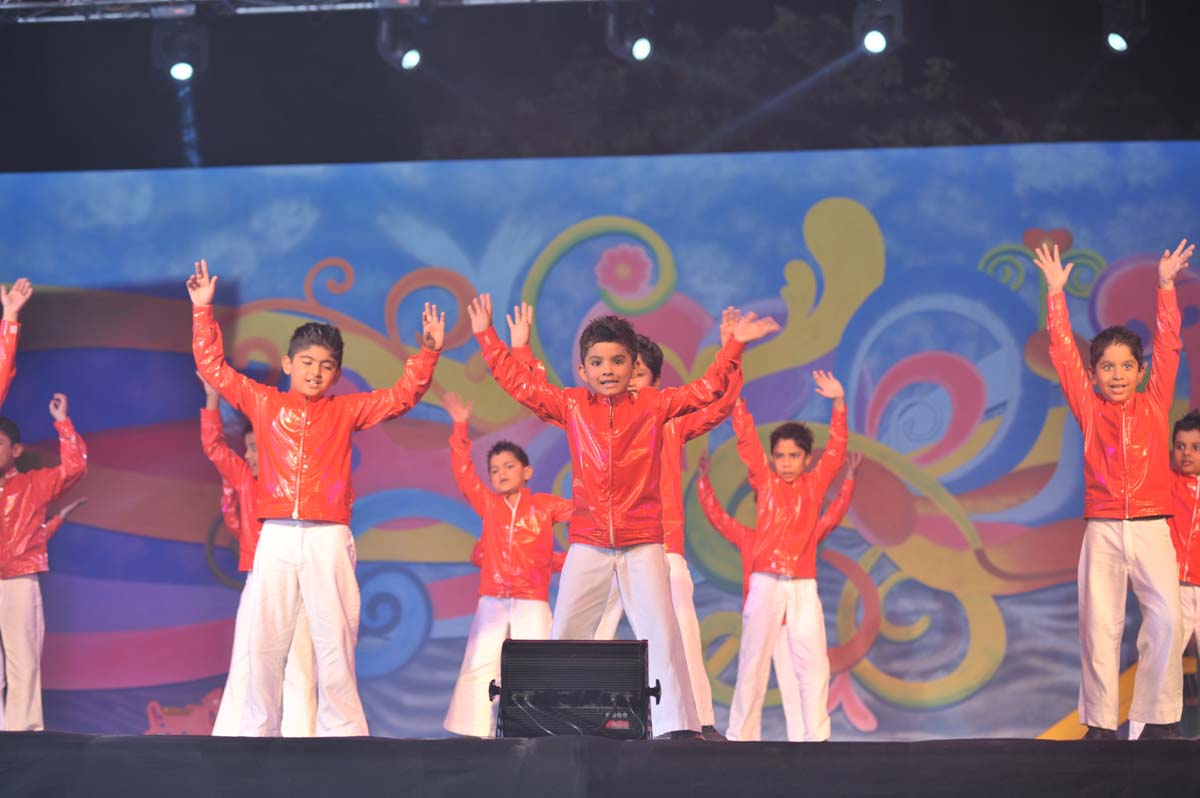 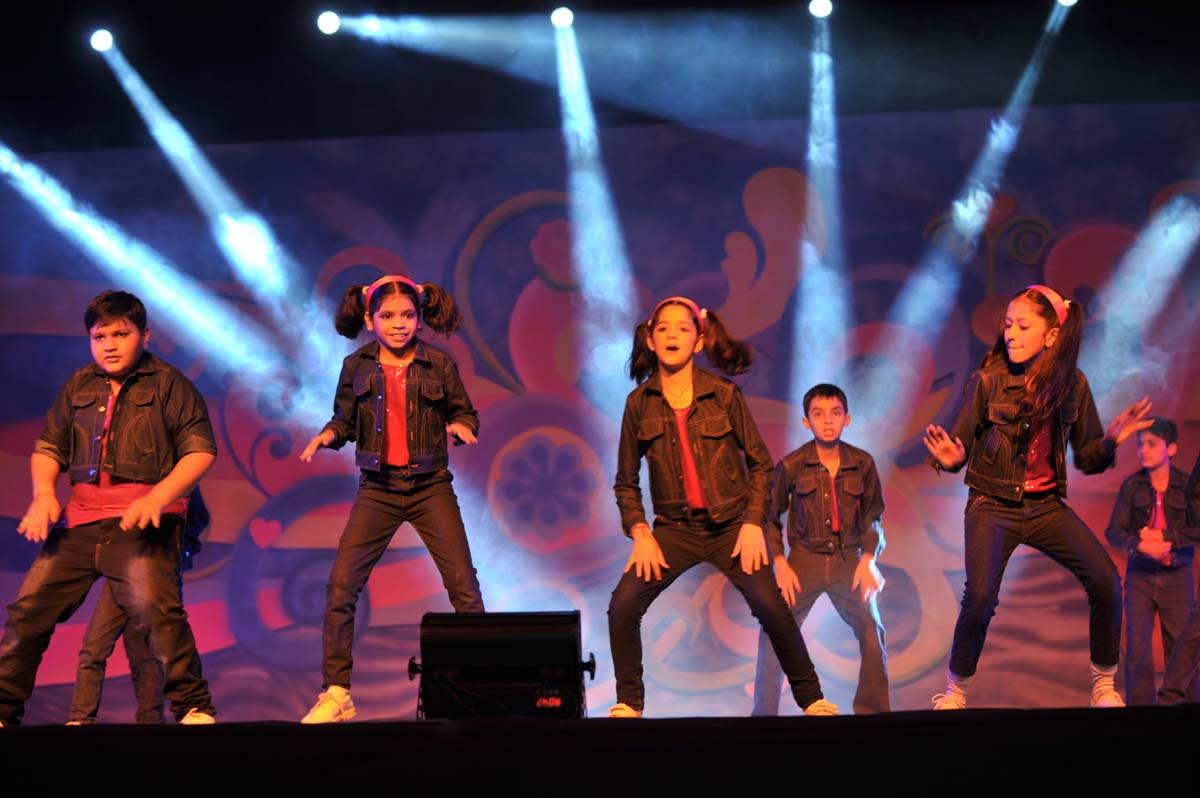 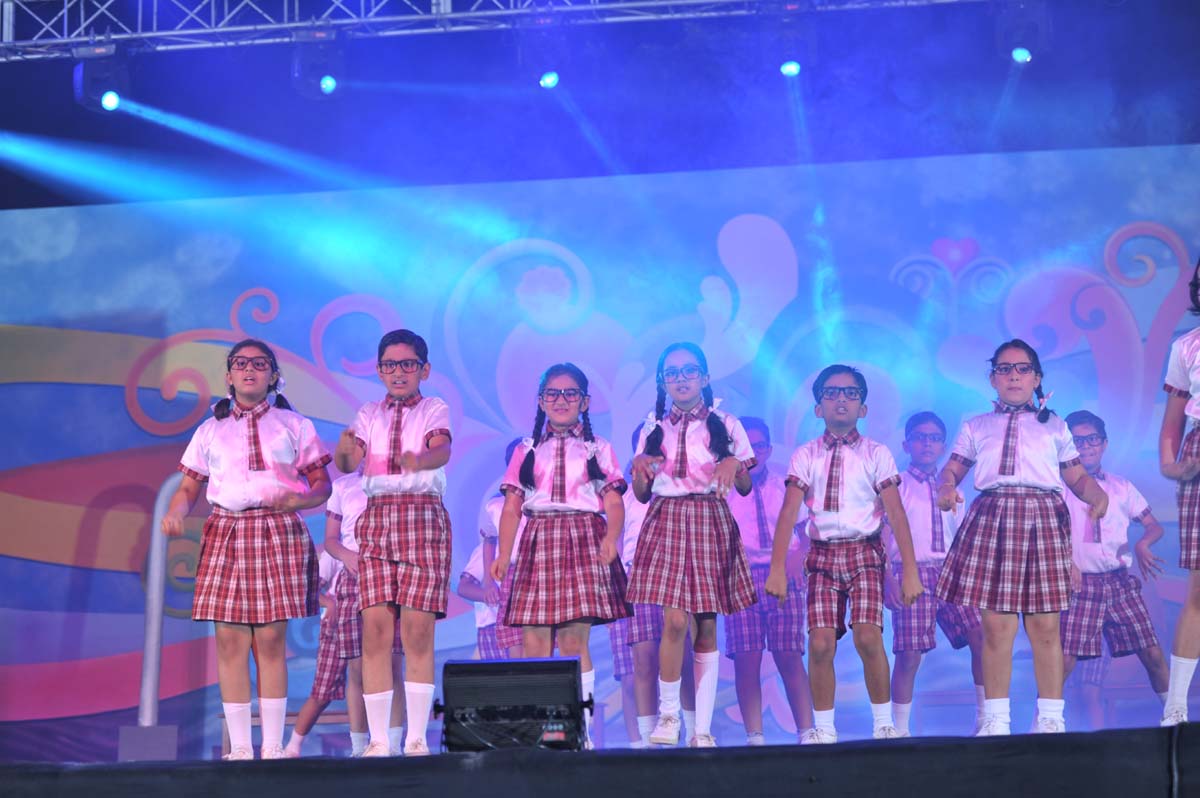 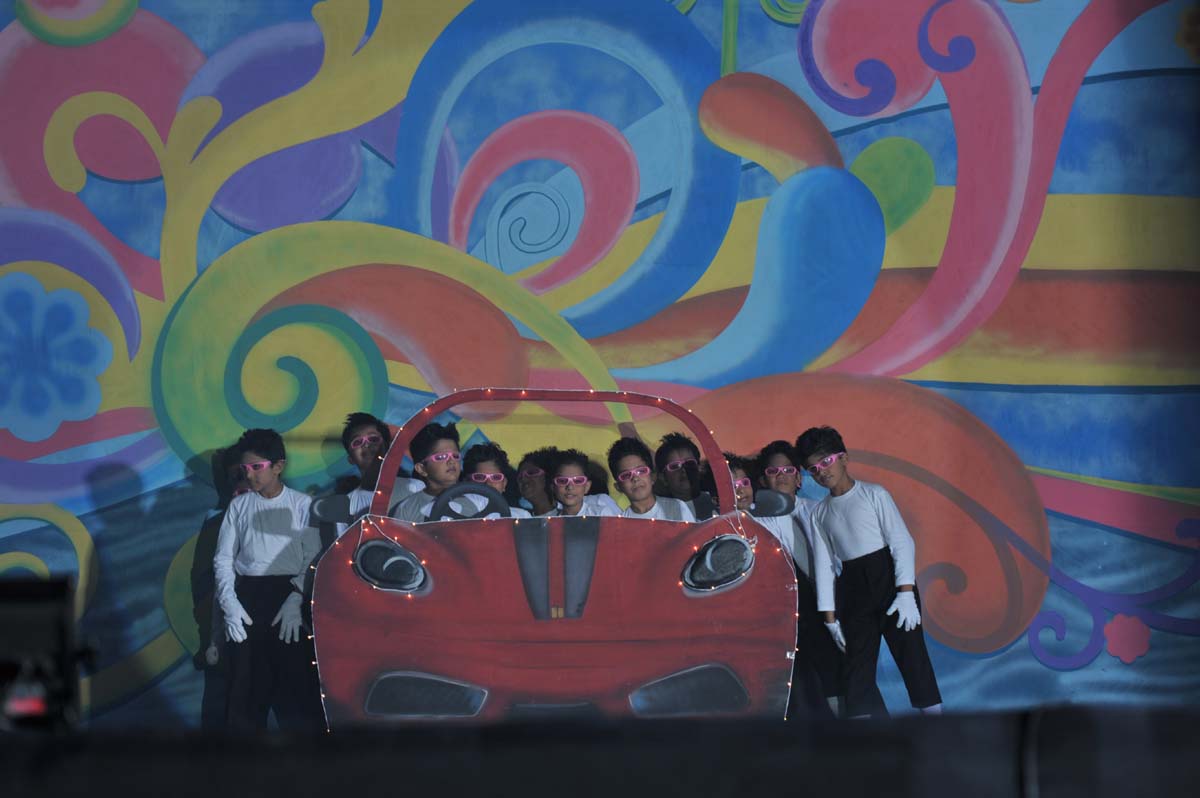 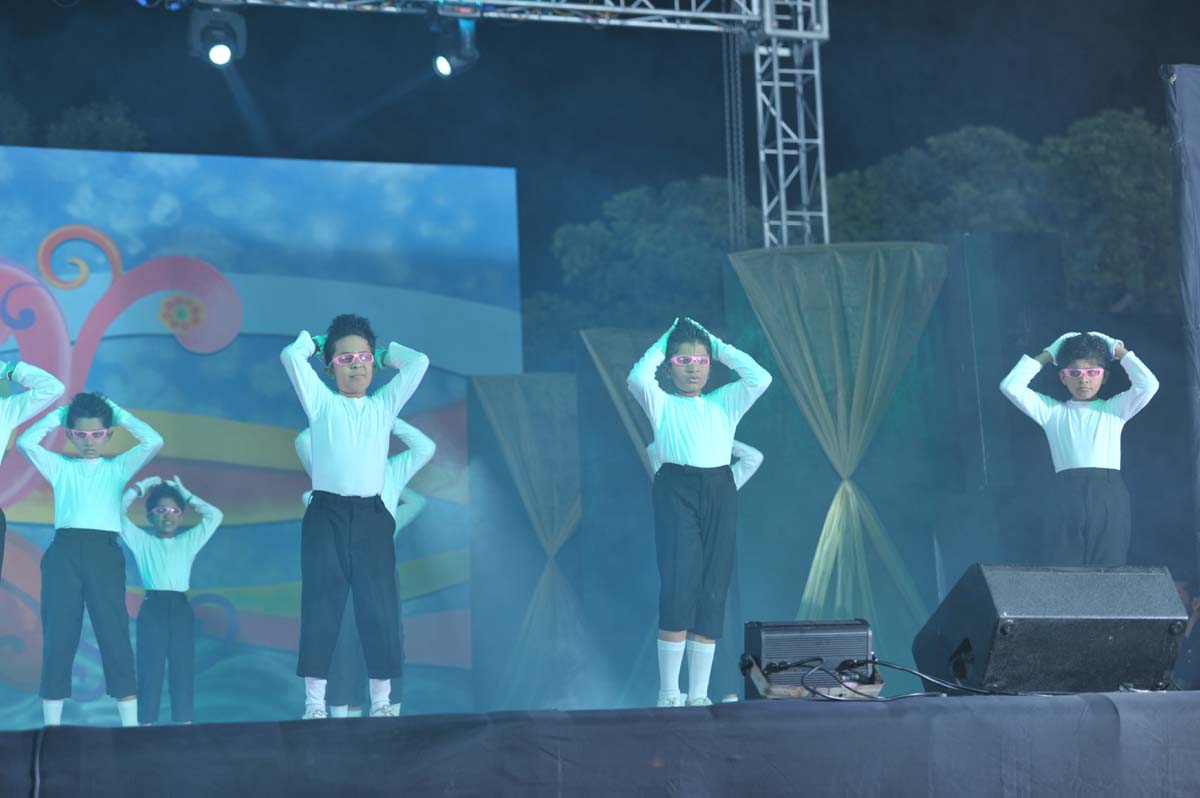 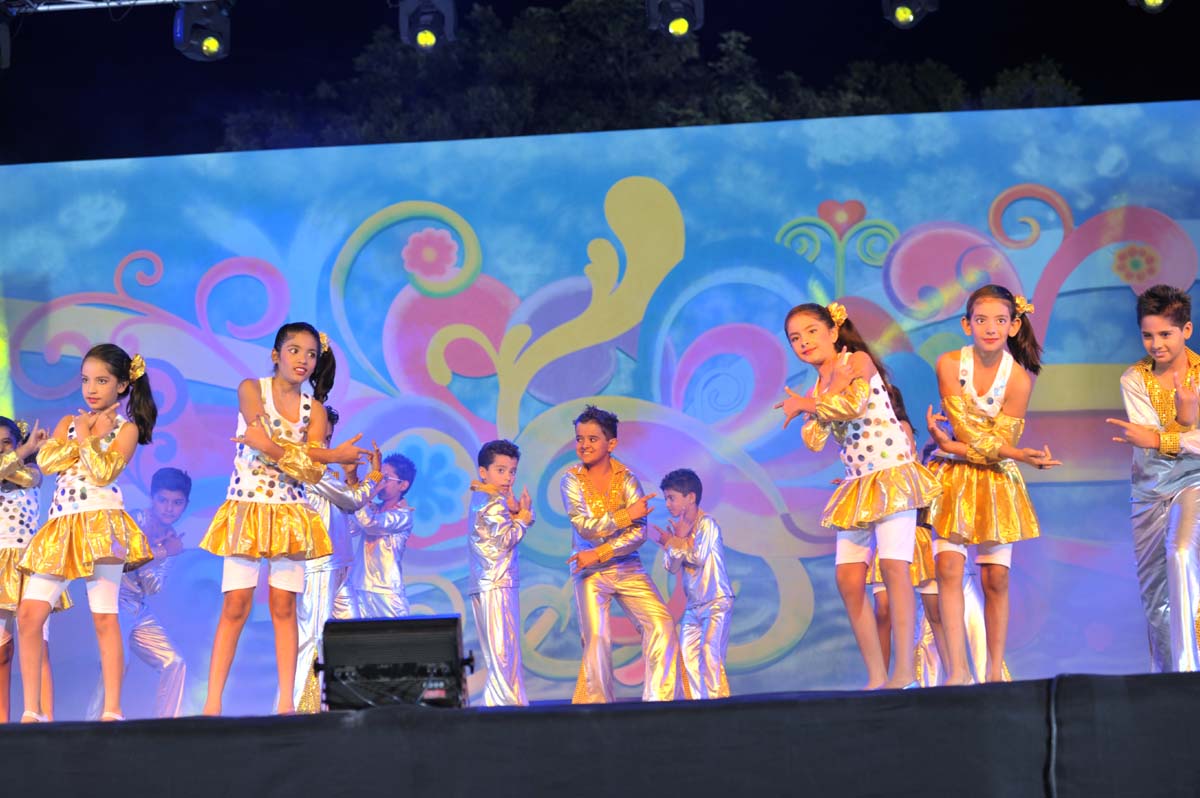 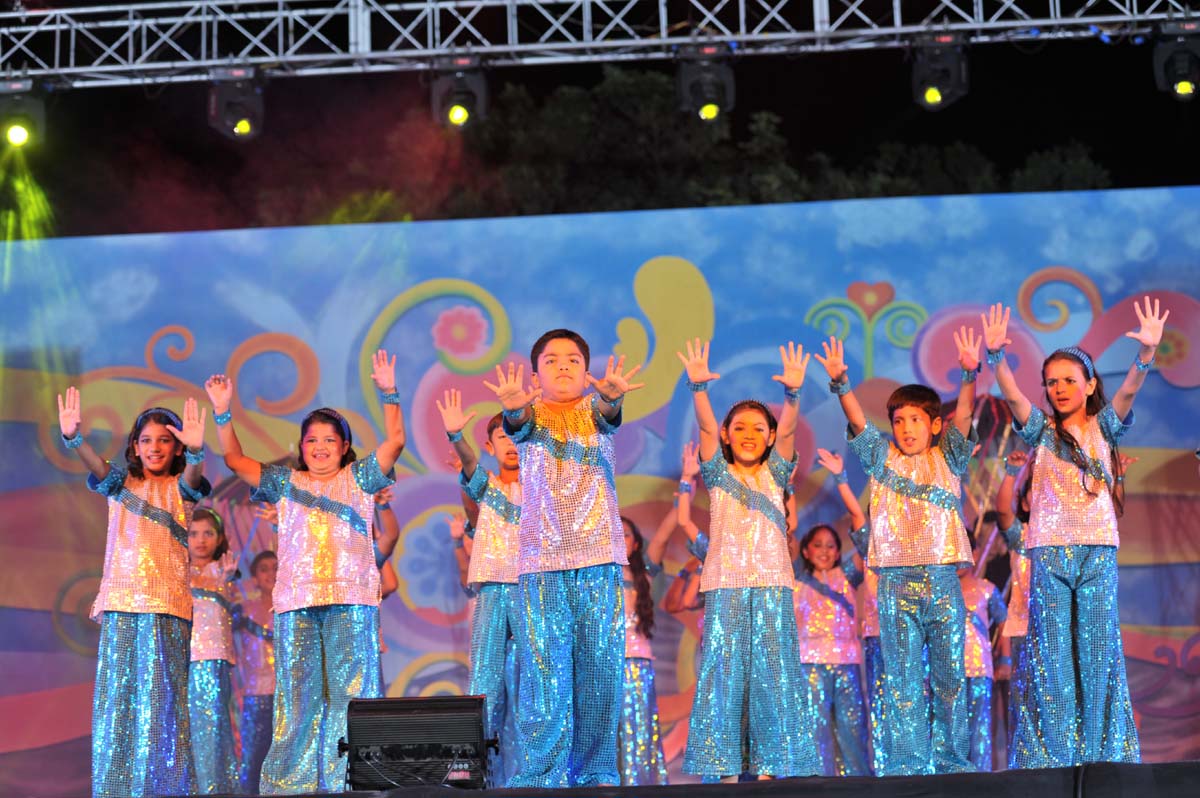 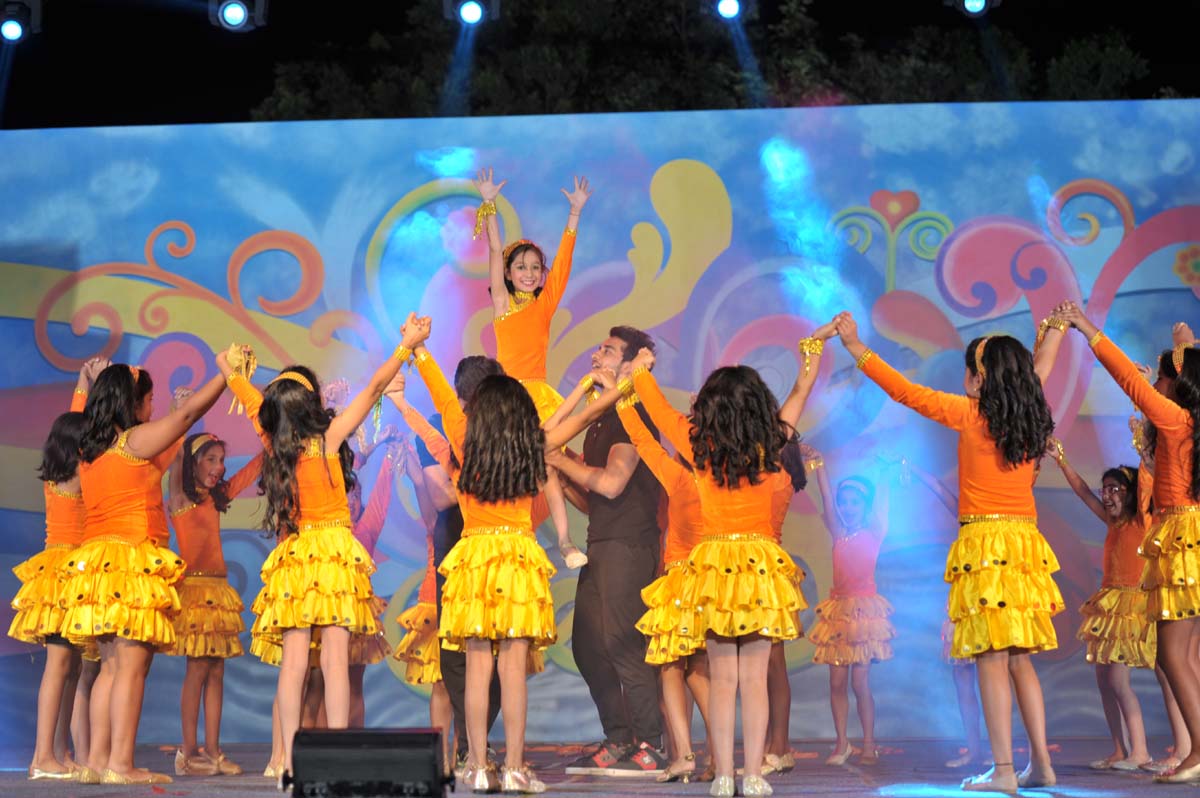 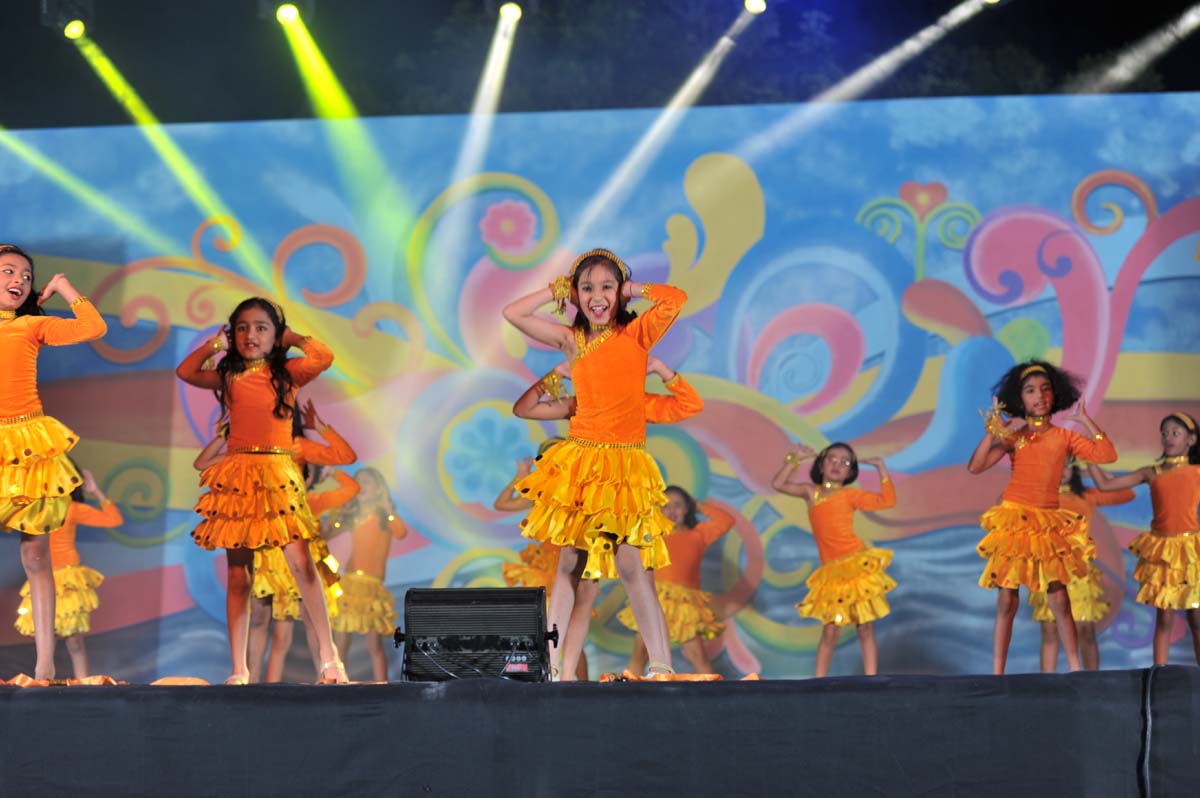 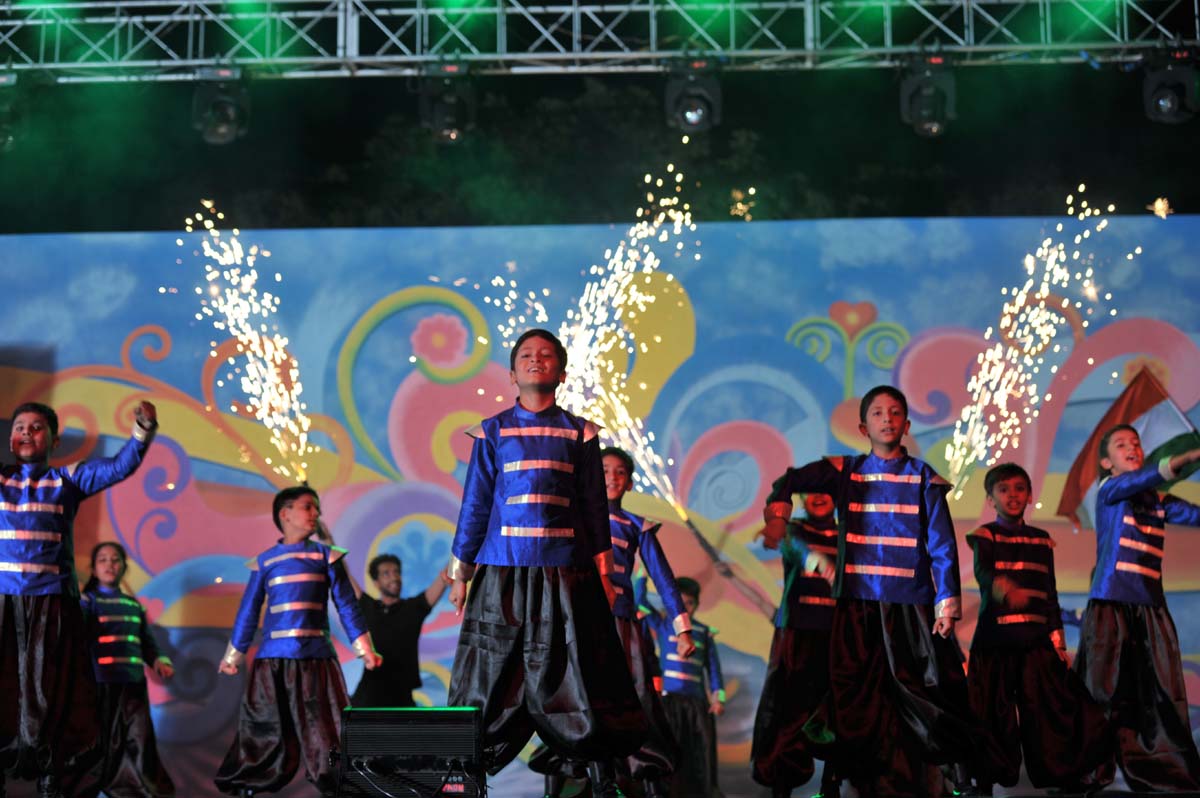 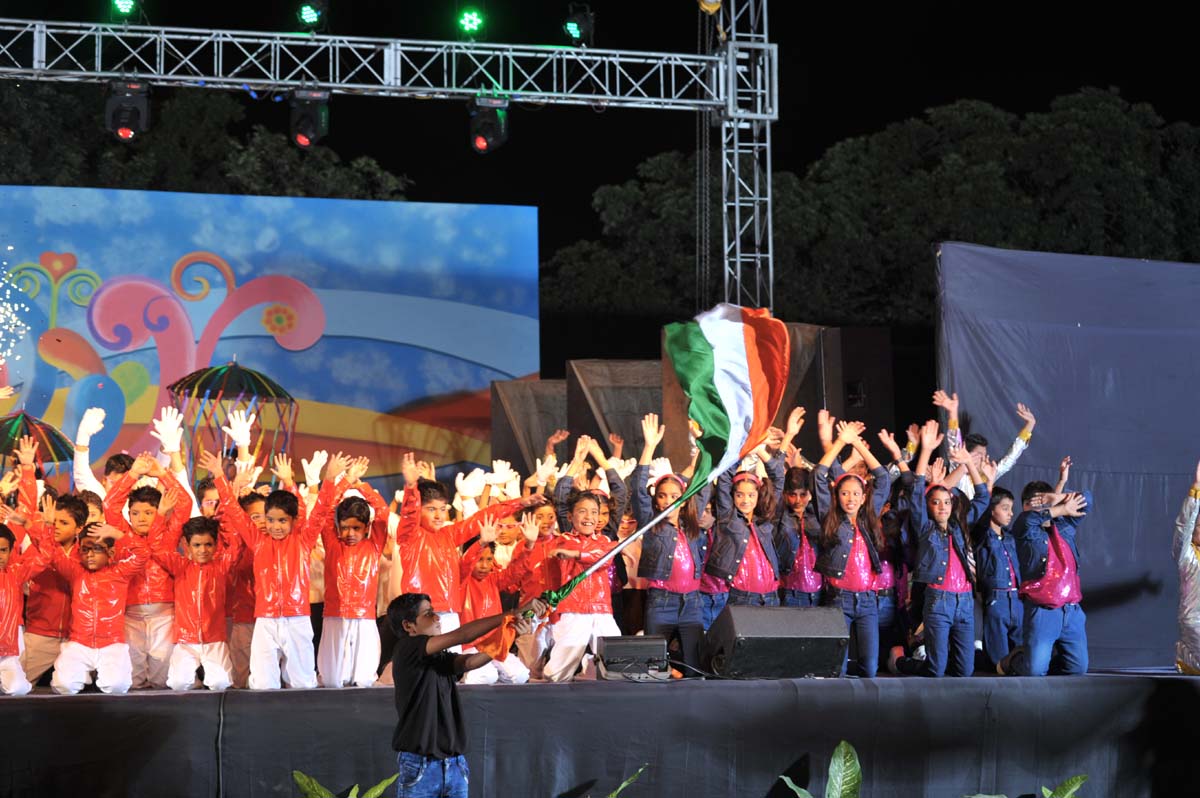 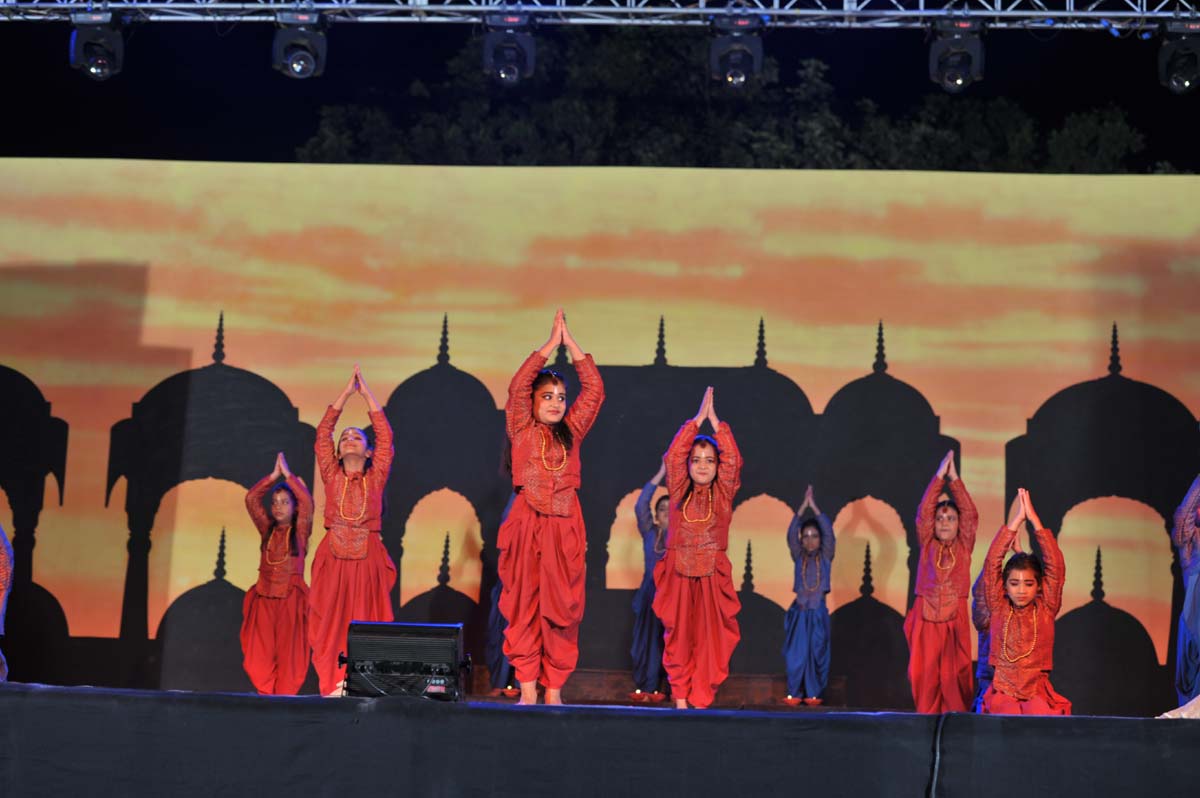 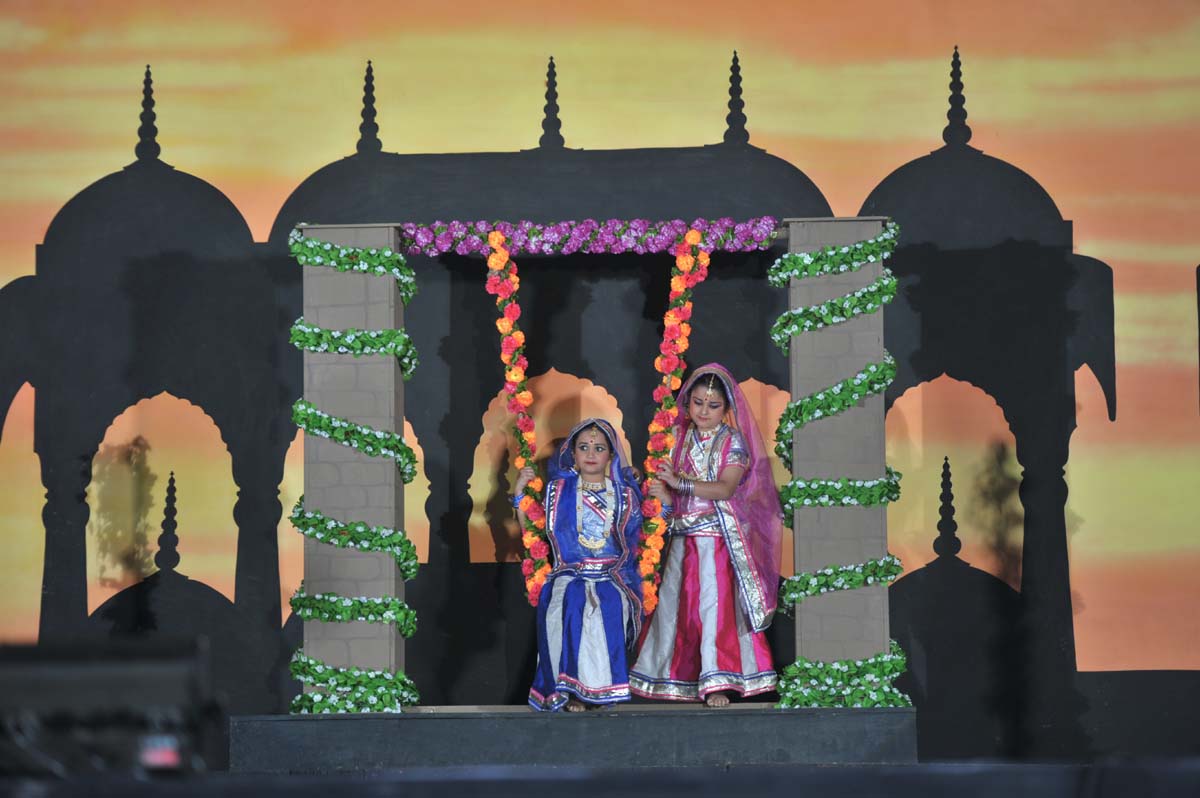 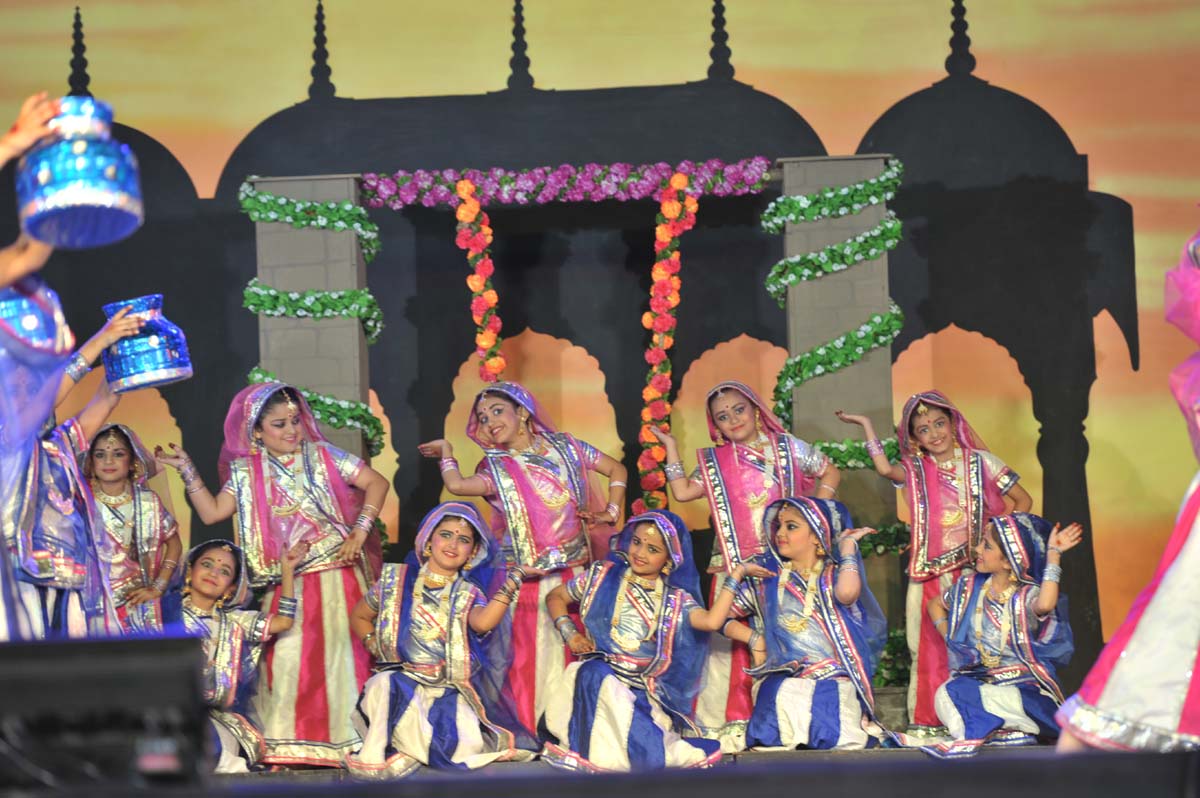 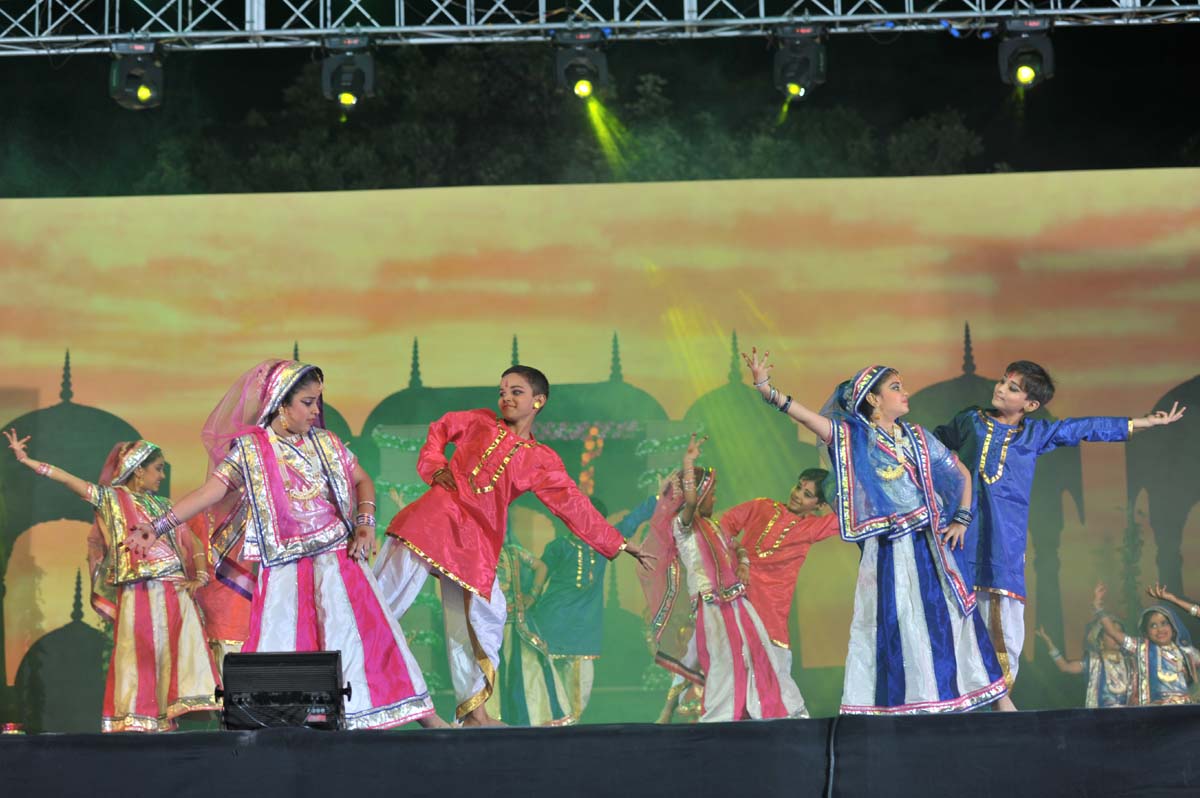 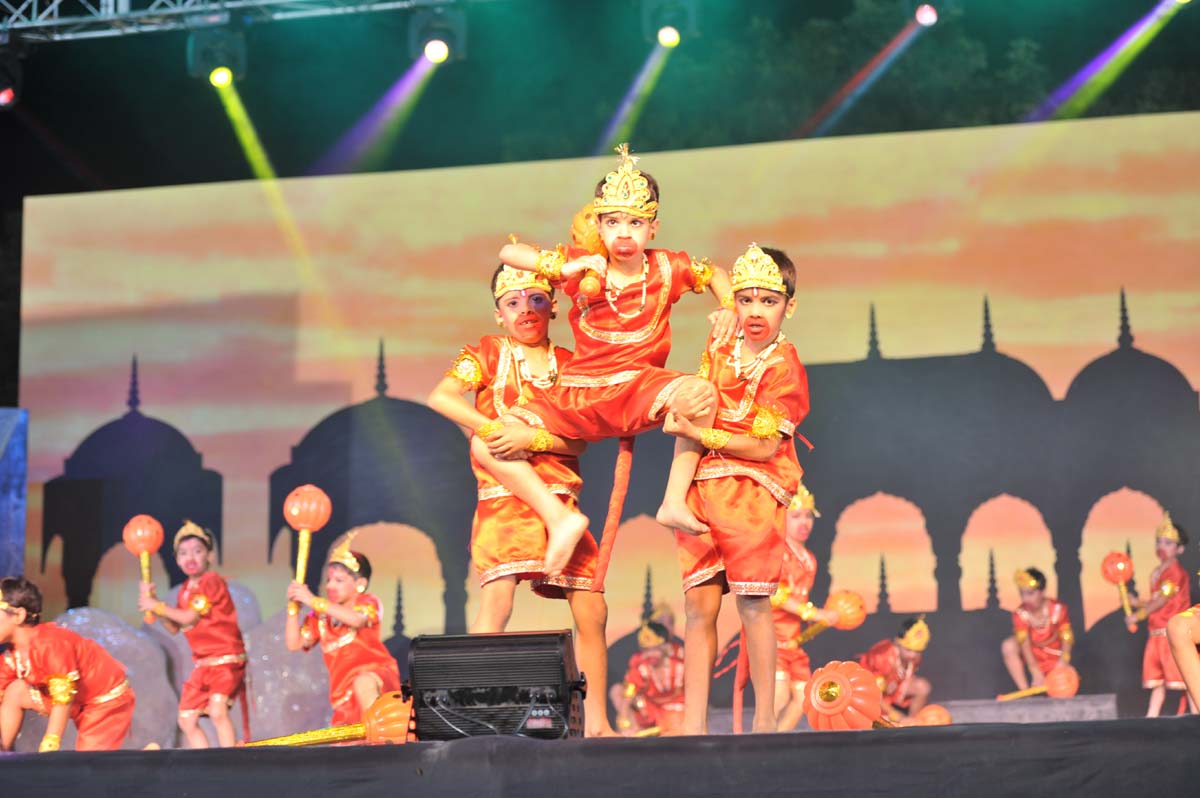 The Primary Annual Prize Giving Function of Neerja Modi School took place on November 2 and 4, 2015. The function was organized to ensure that every child got an opportunity to participate. More than 800 students participated in the two shows. The programme began with The Prize Distribution. Around 200 children were felicitated on each day. After this an Orchestra Presentation by Primary students: Bum Bum Bole… was staged. This was followed by Dance performances on “Childhood Memories”, a sequence of  6 segments depicting the journey from  childhood to adulthood. The dance performances of the students on the  songs like “Taare Zamin Par”, “All is well”, “ Masti ki paathshala”, “ratta maar”, “Daddy cool”, “  Fireworks” , “ Uptown Funk”, “ I am the Best” and “India wale”  transported the audience back into the  time of their own childhood and brought all the memories  back.  They were welcomed by all with a loud round of applause.  This was followed by another impeccable dance performance by the primary students on the theme : Navras. The participants portrayed the nine rasas using specific emotions (Bhavas). The nine Rasas namely “shant , shringaar , hasya, veer,  karuna, adbhut,  raudra, vibhatsa and  bhayanak” by themselves made the segment very interesting.  Various characters from Indian mythology were used to bring out the nine emotion. While a dance around the character  Jatayu projected karun ras tenderly, the mischievious little Kanha was apt for adbhut ras.  Hanuman brought laughter  and Shiv tandav brought raudra ras to life. The characters Narshimha , Durga and Angulimal  showcased remaining  rasas with élan. A stupendous performance and dancing skills left everyone on a high note. The rhythm and co-ordination of the young dancers was a delight to watch. The choice of beautiful costumes and props enhanced the theme dramatically.