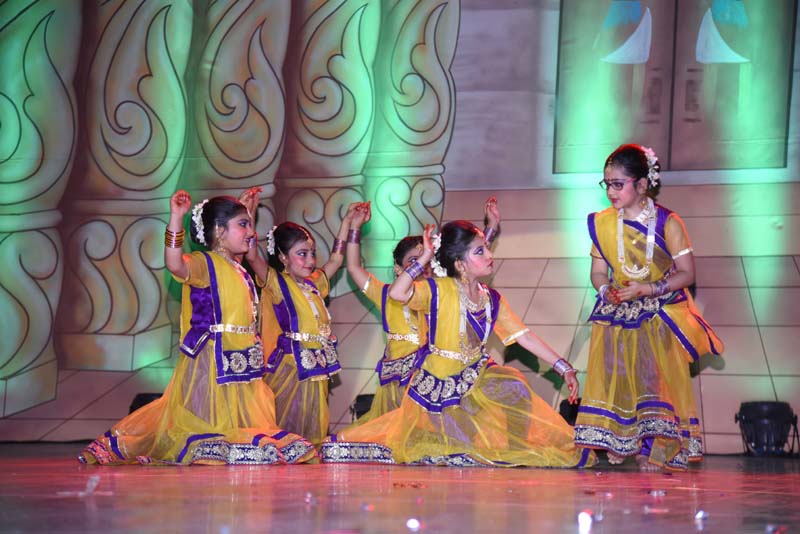 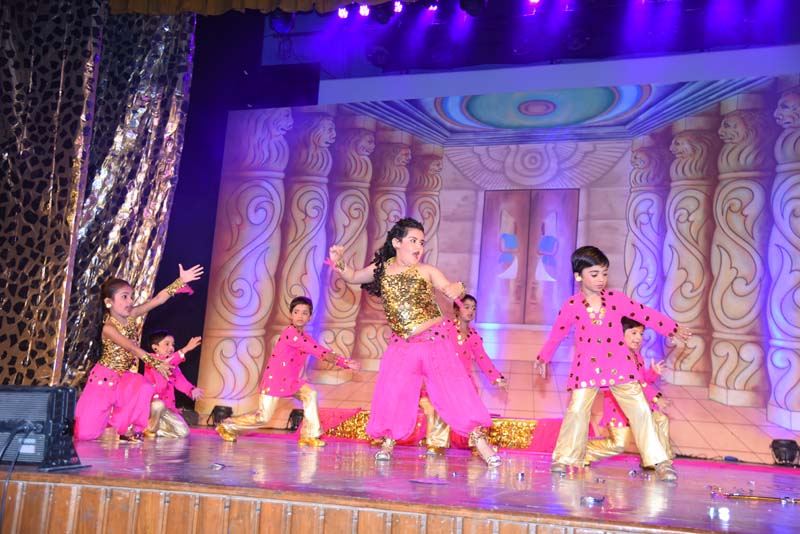 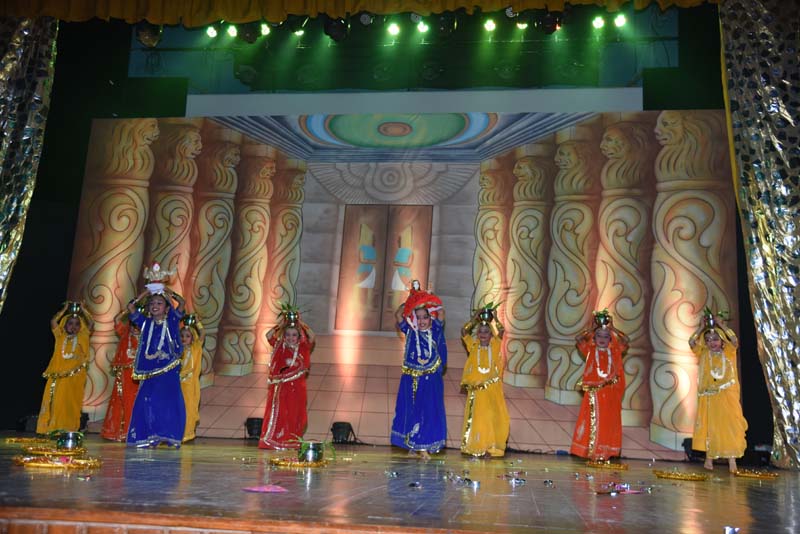 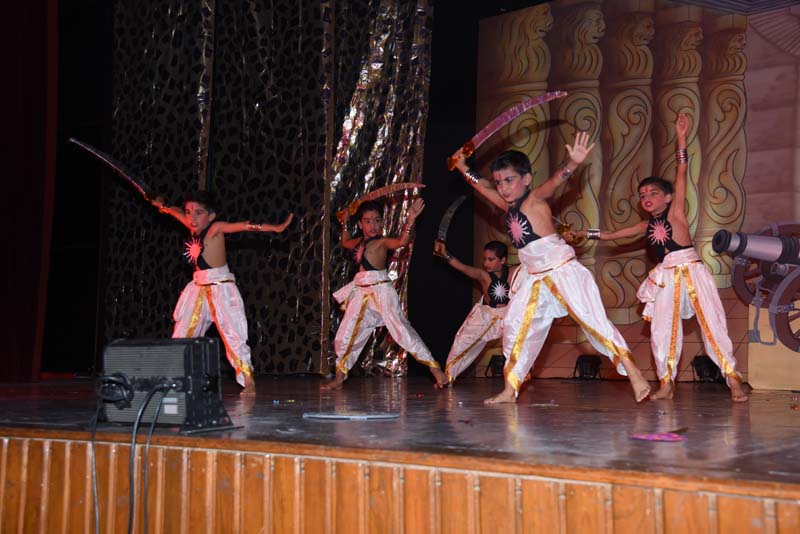 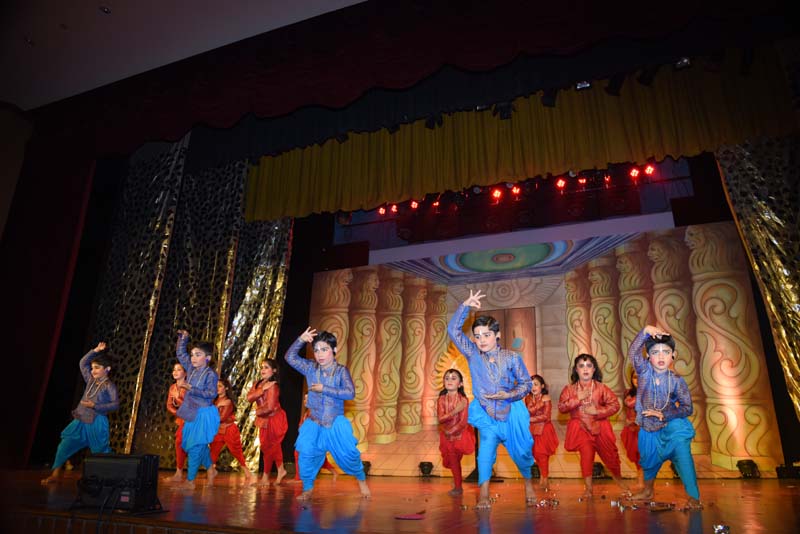 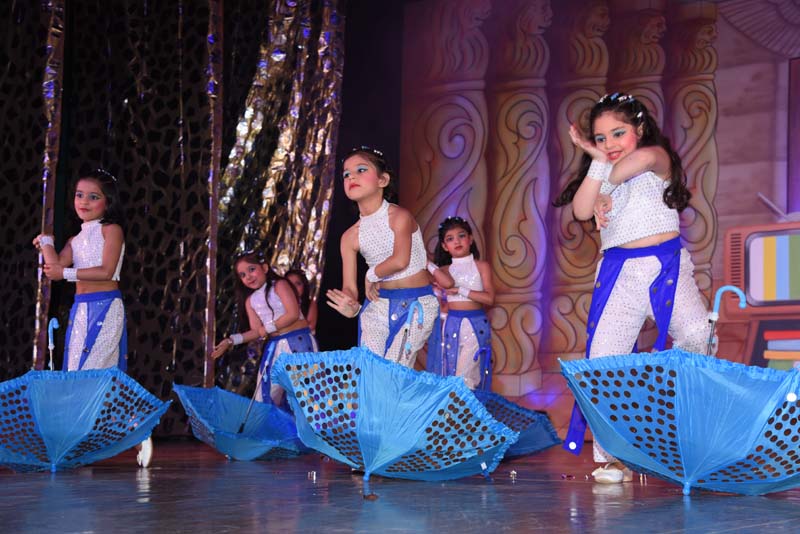 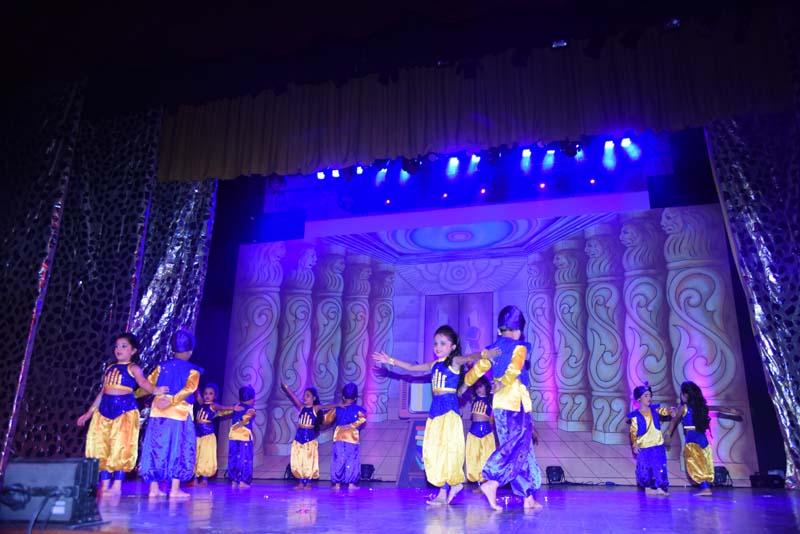 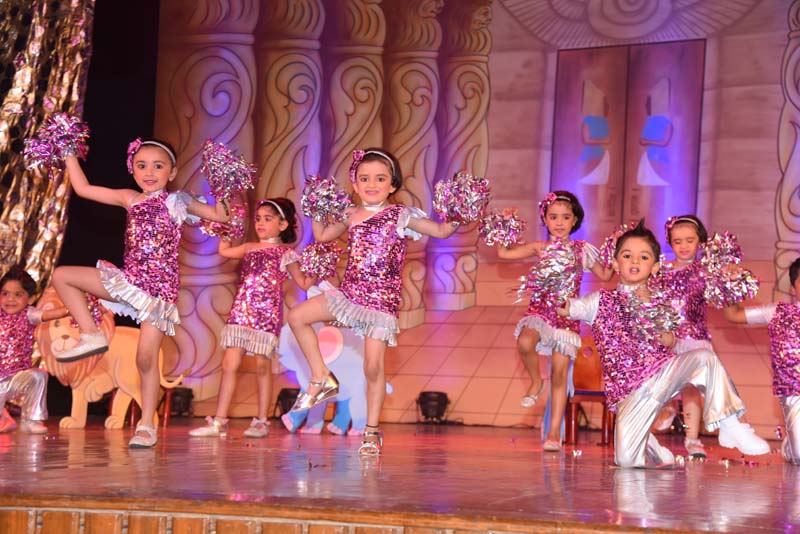 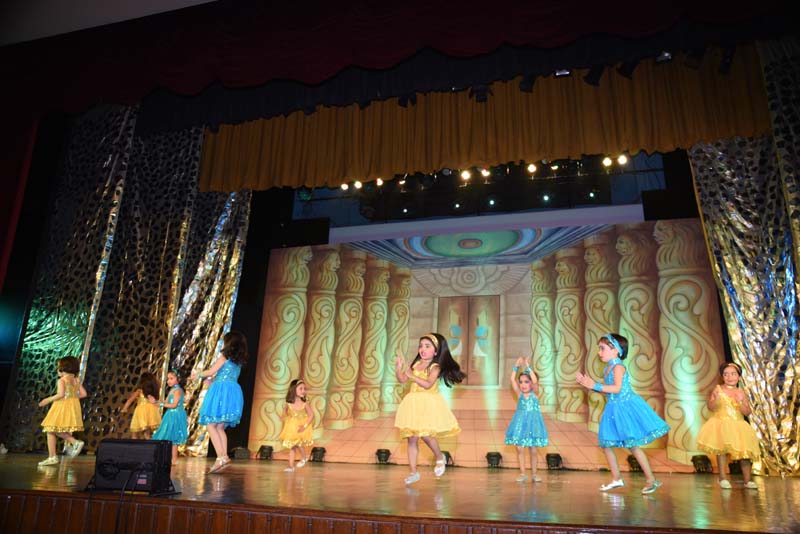 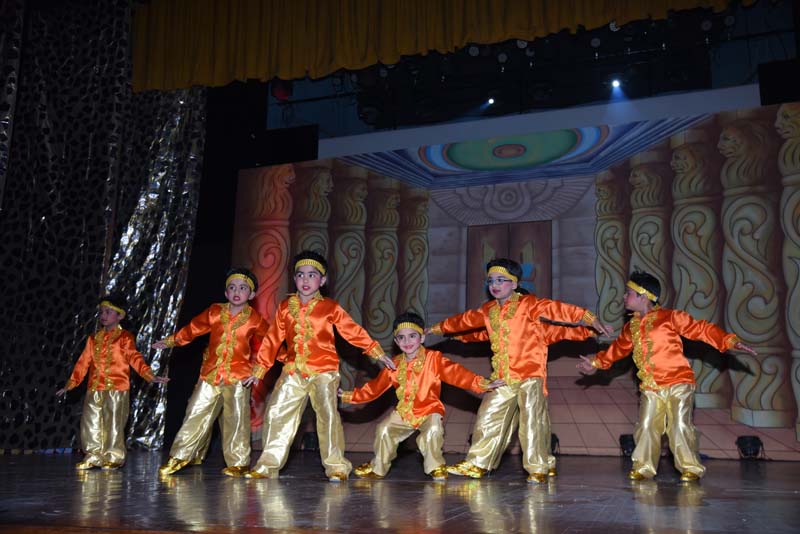 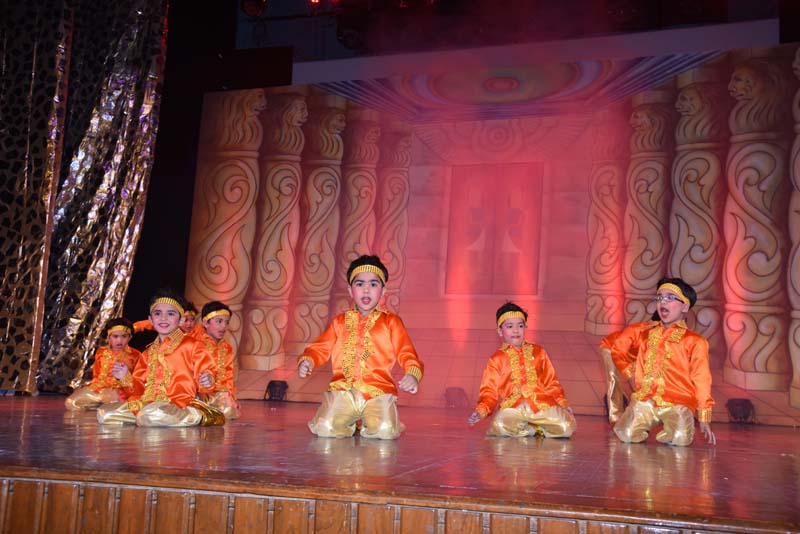 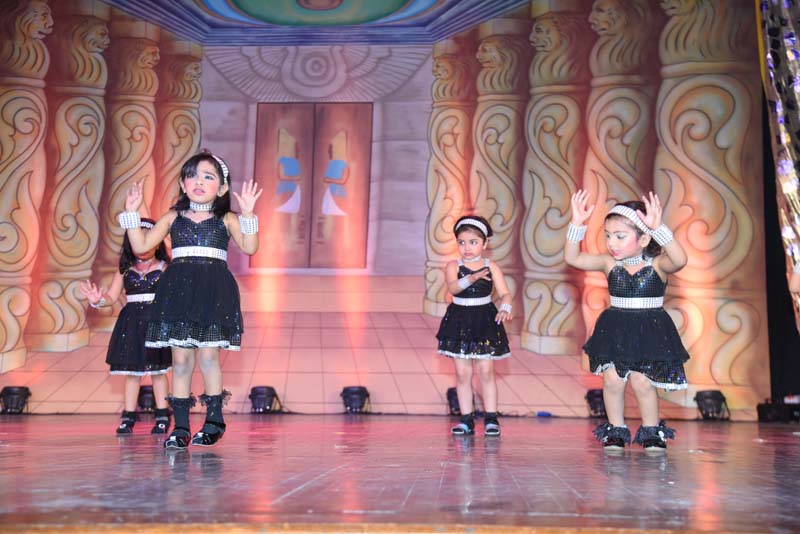 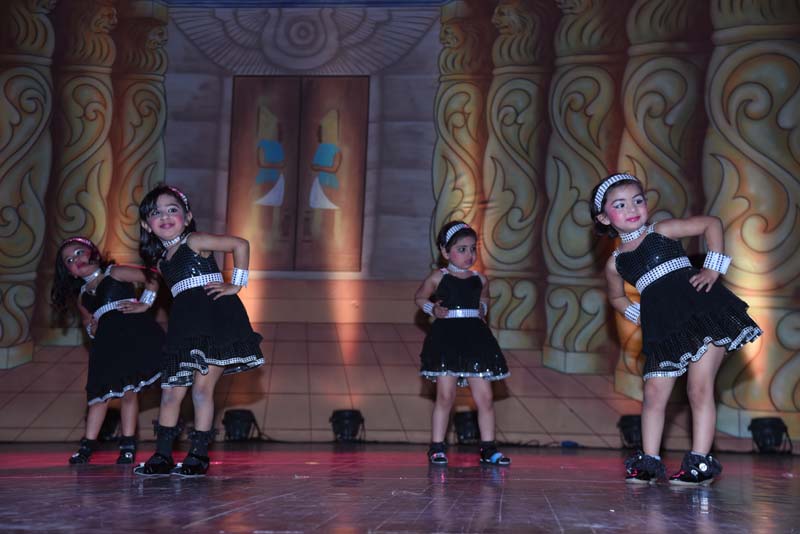 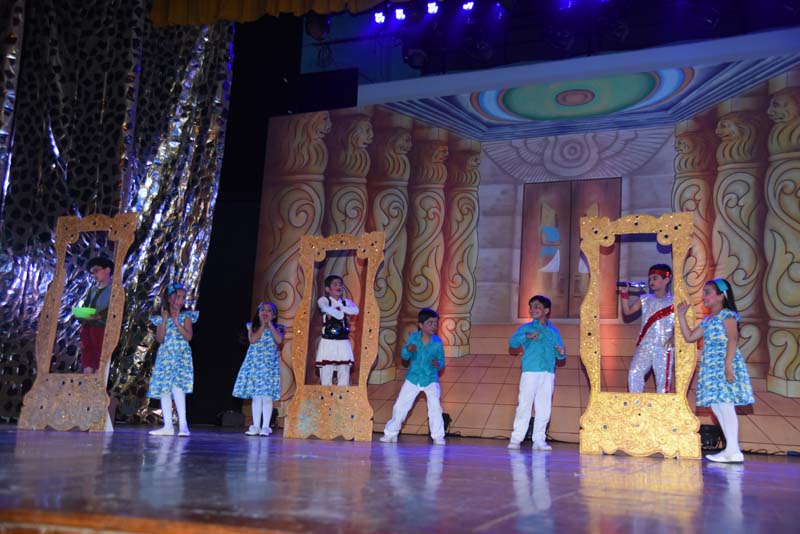 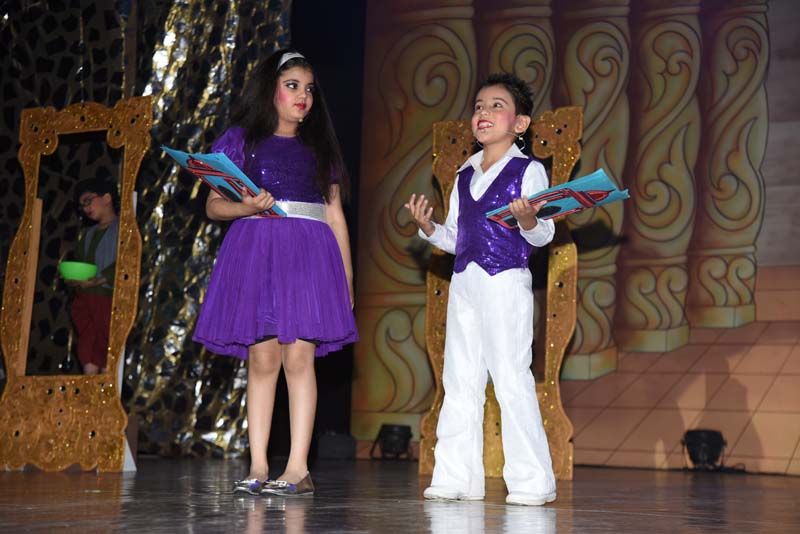 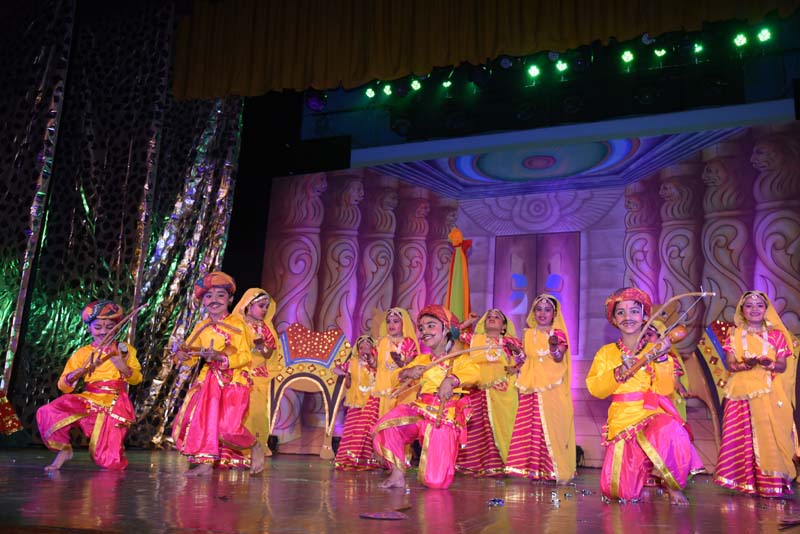 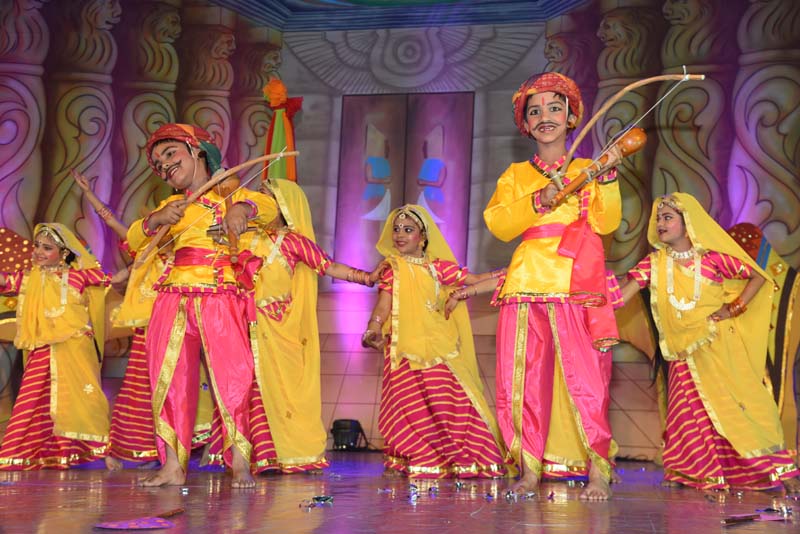 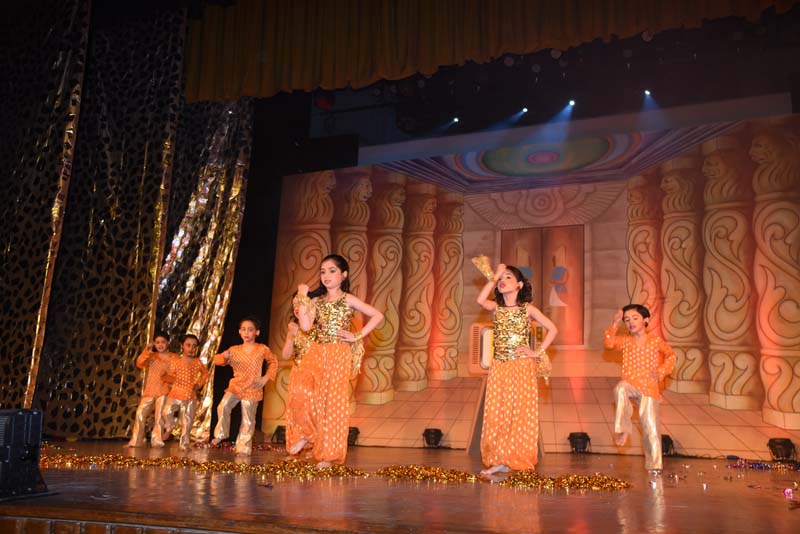 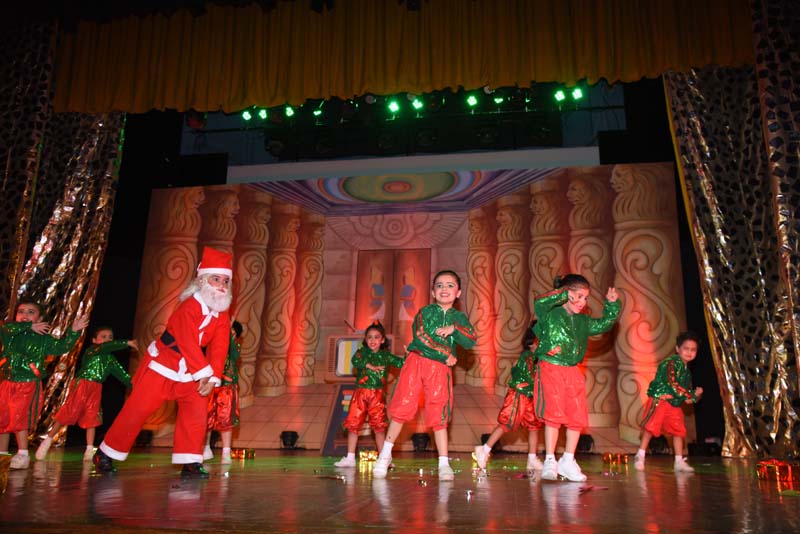 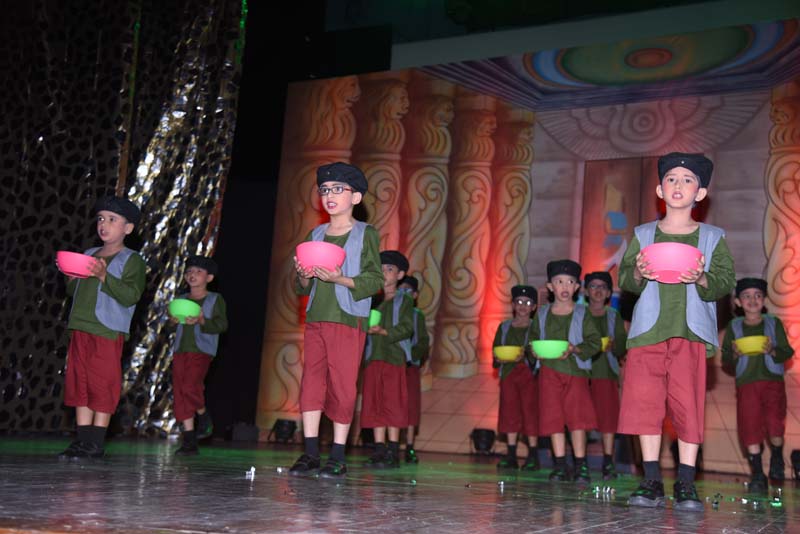 Neerja Modi School took immense pride in presenting the Pre-Primary and Grade I Annual Concert on 17th March, 2016 at Birla Auditorium. The function was organized to ensure that every child got an opportunity to participate. About 400 students participated in each show.

The theme of the Pre- primary concert was “Night at the Museum” It was    a musical extravagance of two children who spend a night at Jaipur Museum and learn a lot from the treasures on display.
The show begins with two children visiting Jaipur Museum in the night.  They are introduced to the famous exhibits from all around the World. They have never seen anything more exciting before.  These children have a wonderful time at the museum. They treat everyone by showing them the Animal world, Books to Movies world, the culturally rich and colourful Pink City, Jaipur, the History of Rock n Roll and finally the Heroes of India sections in the Jaipur Museum through music and dance.
The songs chosen for each segment hight lighted its theme. The concert opened with “Musuem Song” followed by Animal world segment with many feet tapping and popular songs like “Incy wincy spider, “I love bugs”, “Kung Fu fighting”, “caterpillar wiggle”.
“Food glorious” from classic Oliver Twist and Blue umbrella were the highlights of the Books to movie segment.
“Kesariya Balam” and “Gangaur” looked beautiful in Jaipur Segment. “Malhari” was the finale. These songs had everyone transcend to another world of music and melody.

The children unfolded the evening in their cute loveable ways. They acted and danced all along with lot of enthusiasm. This spectacular display left everyone amazed. As the children came on the stage they were welcomed by all with a lot of enthusiasm and festivity.
The children dazzled the audience in their bright and beautiful costumes. The music had both the children and parents moving to the beat. The rhythm and co-ordination of the young dancers was a delight to watch.
Everyone cheered throughout as they easily connected with the theme. The Concert was thoroughly enjoyed by all. The program ended with a vote of thanks.